Gabbani is the oldest delicatessen in the Swiss Italian region, operating since 1937. It is a traditional family business that has flourished to became a state-of-the-art reference of the food industry. The company has various focus areas: food (vegetables and fruits, meat, wine and spirits, flowers, bread and pasta, G product line), restaurant, bed&breakfast and catering.

Automatico Studio was tasked to create a new identity for Gabbani, along with several promotional campaigns.

The idea behind the project was to create a fashionable and bold identity in order to stand out in a competitive market. Visually, the references are from the flavour of the 30’s with a mix of various typographies and the use of black&white optical art, typical of the 60’s.

The new line of packaging references some elements of the Optical Art movement, as well as Italian popular culture (Pulcinella). The minimal black and white approach is distinctive to the Gabbani range, differentiating it from colourful and flashy bags commonly used by its competitors. The vibration of the lines give the notion of hidden colours and movement.

A great restaurant needs a good menu, and a good menu deserves a great card. With this in mind, we designed a family of cards for every need. The client can flexibly update the menu, changing content daily. All the cards are made by hand in Switzerland, by a binder who maintains ancient techniques. The choice of materials and print techniques were carefully selected to create a unique experience.

A new restaurant on the second floor of the Gabbani building was opened. The idea behind the concept was to create a relaxed environment with a simple, high-quality menu. The contemporary interior reflected the new approach. Chairs designed by Konstantin Gricic were combined with old bespoke tables and old fashioned Prouvé lamps mixed with ultra-tech Artemide lights. The graphic design is an evolution of the new corporate. We used the rhombus shape as the central feature. Lines and shapes were blended to mimic the mixing of a salad bowl.

After years of cumulative openings of small sub-shops on the same street, Gabbani decided to merge them into one. They acquired a wonderful old building next to their first shop on “Via Pessina”. The new building hosts all the destinations: a coffee bar, a restaurant and a hotel. The advertising campaign for the opening communicated a clear message of high quality and luxury, a piece of artwork that celebrates a lifestyle icon and food at its best. With this poster we introduced the new black and white corporate identity. 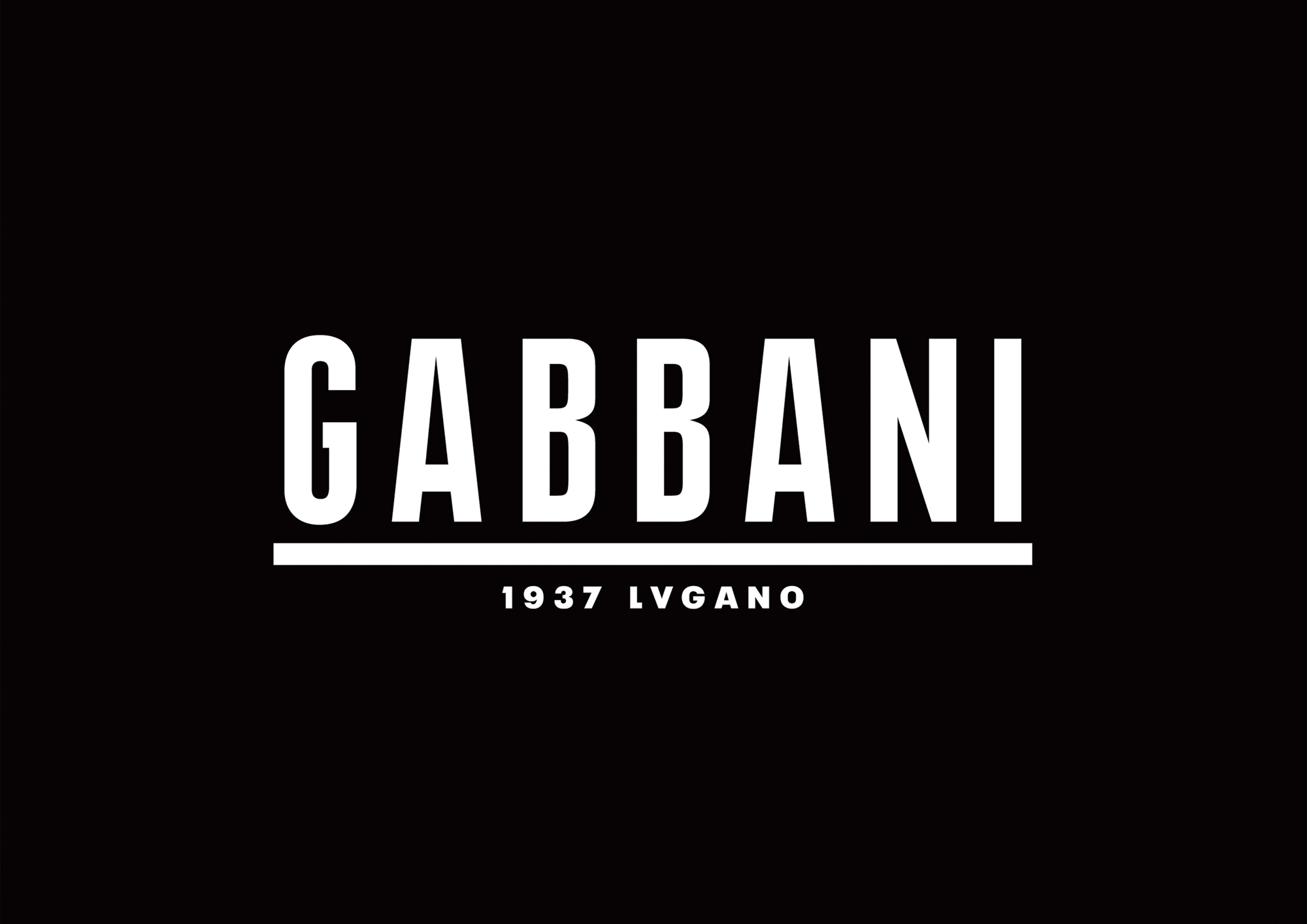 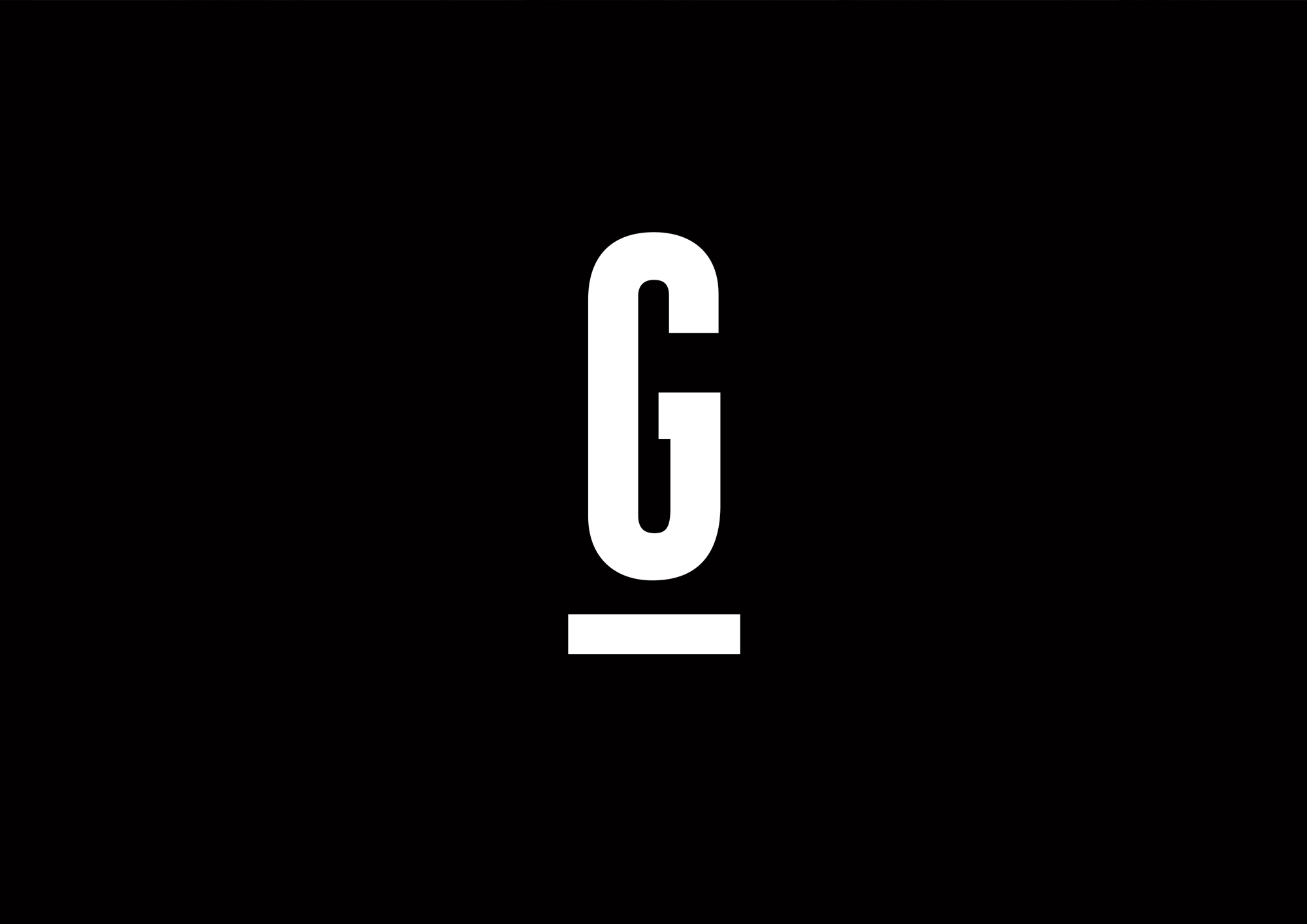 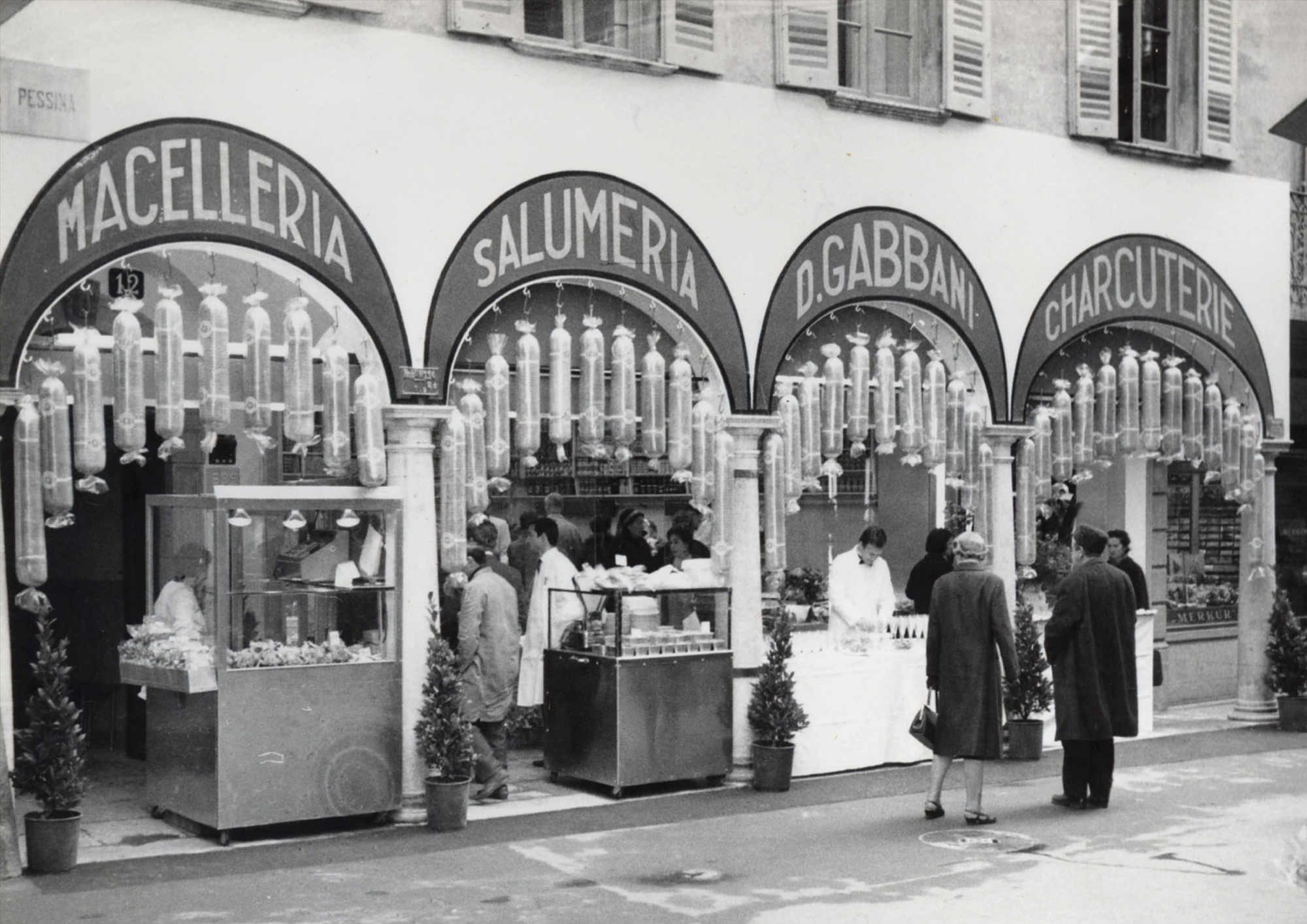 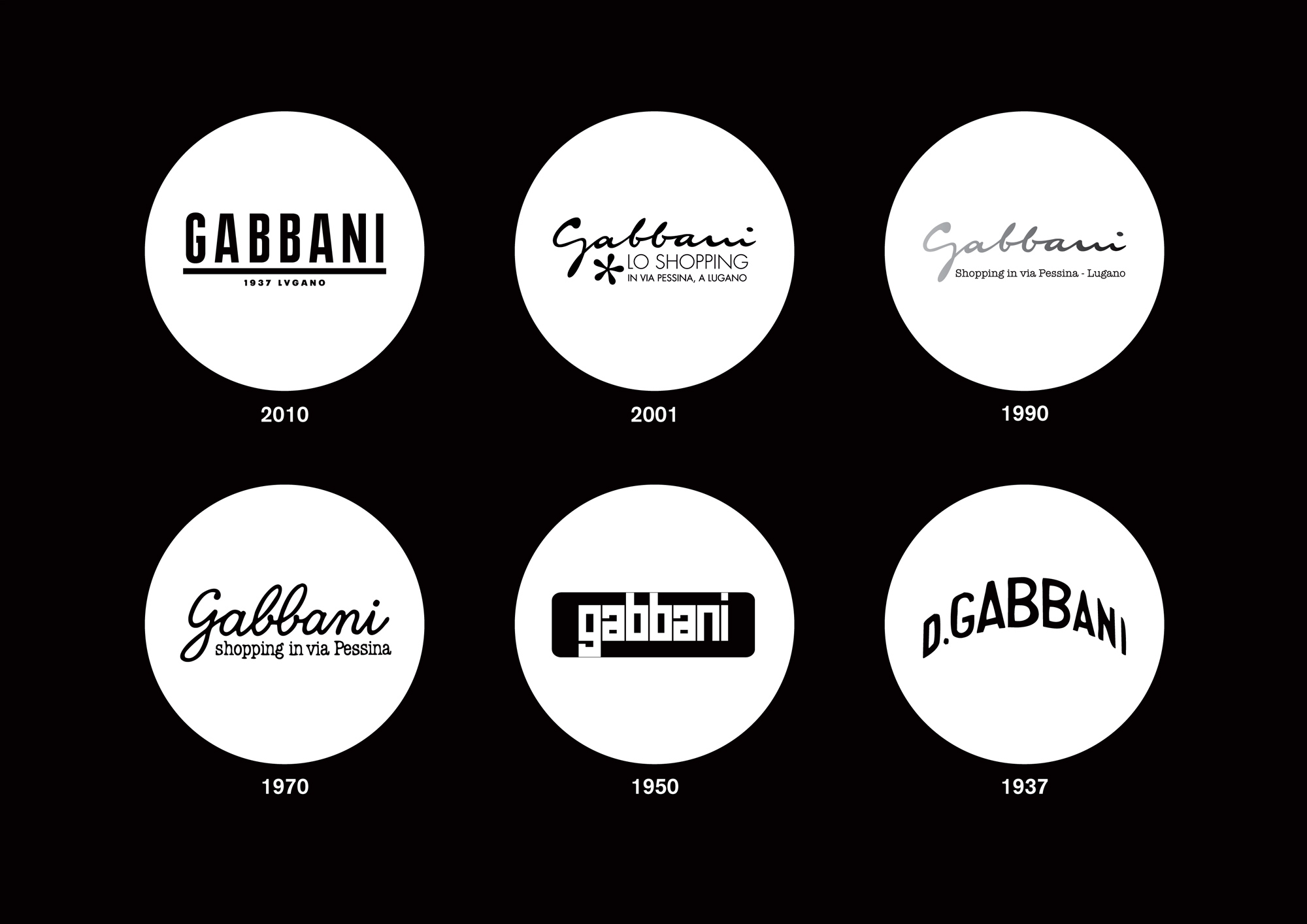 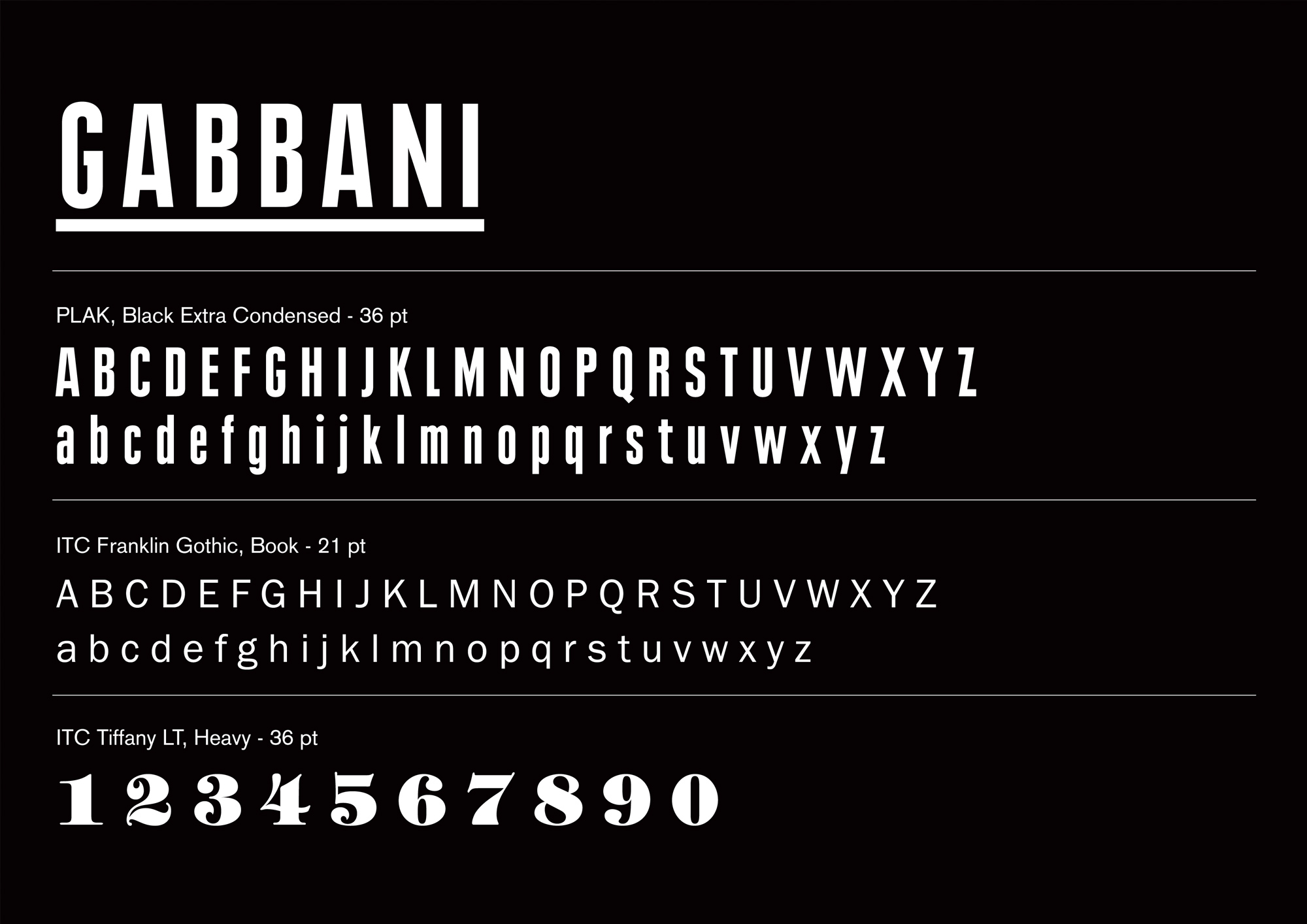 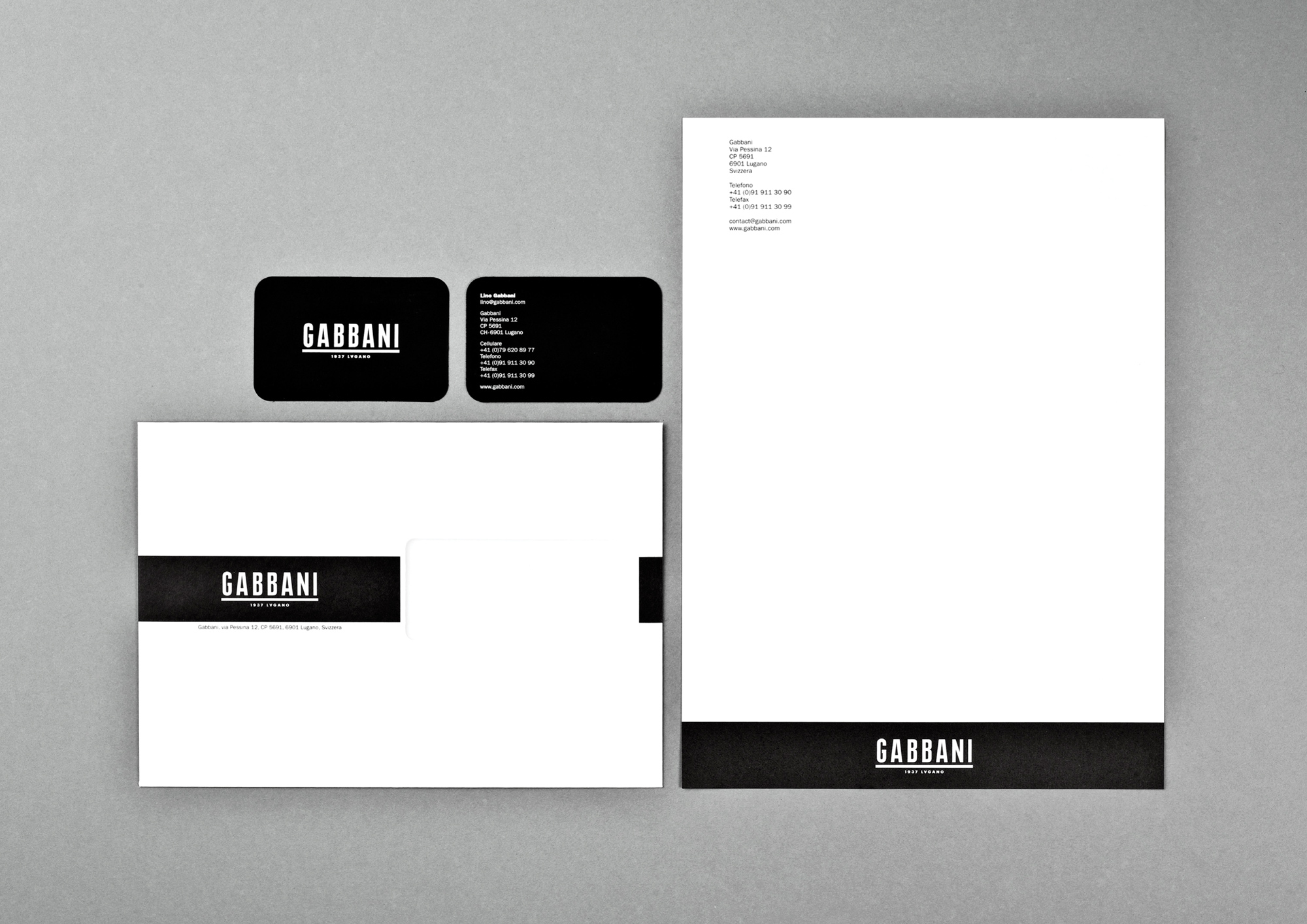 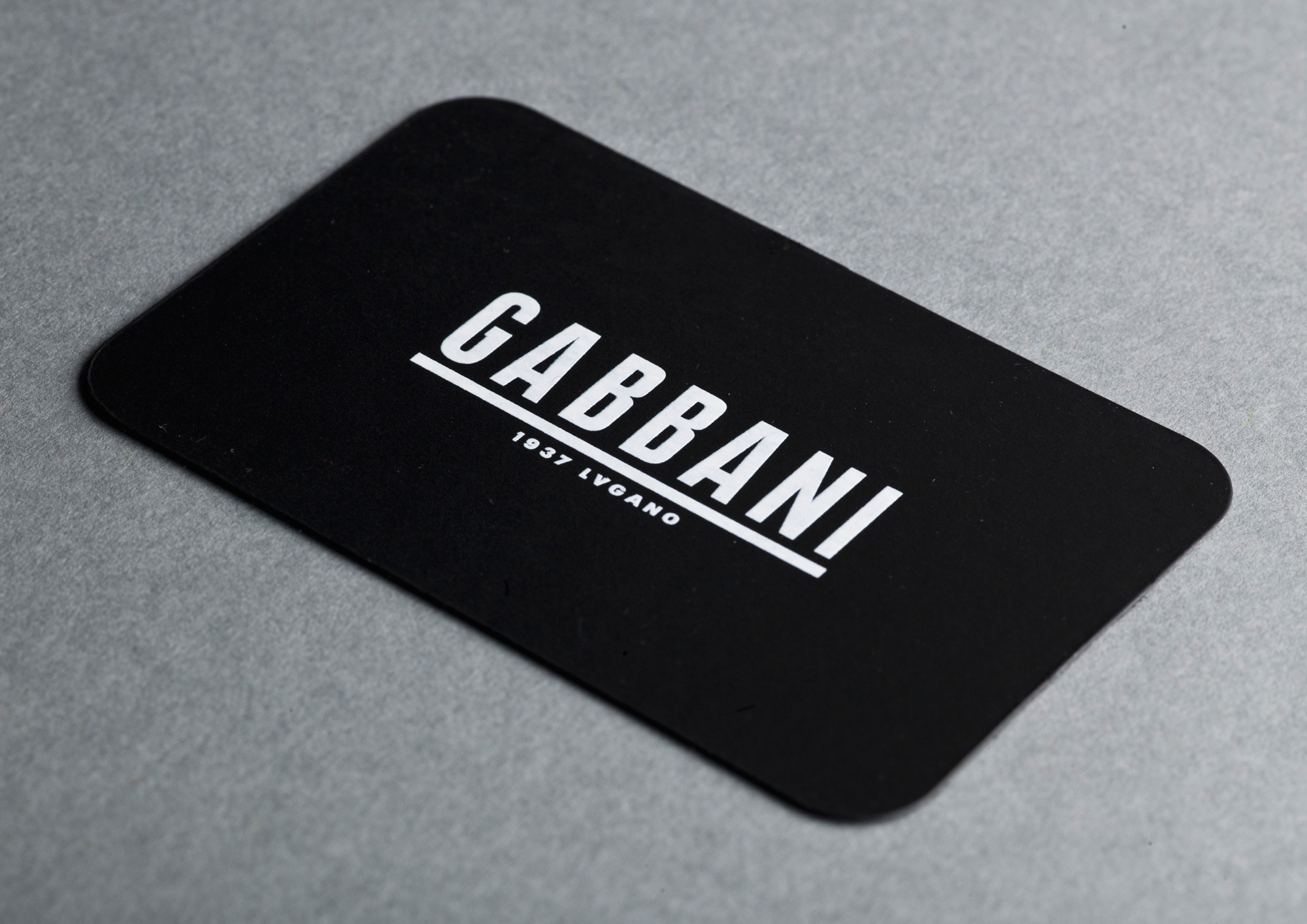 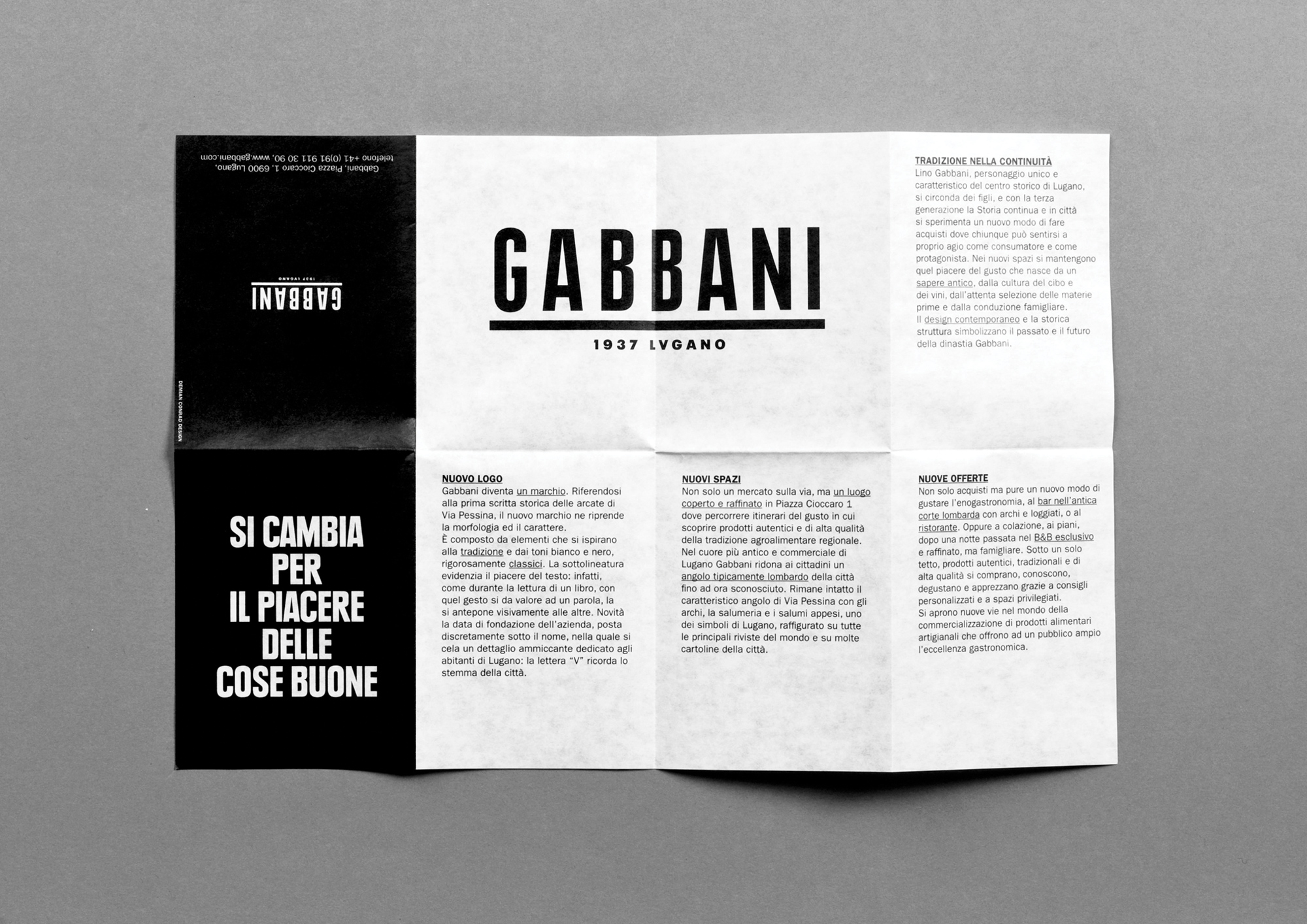 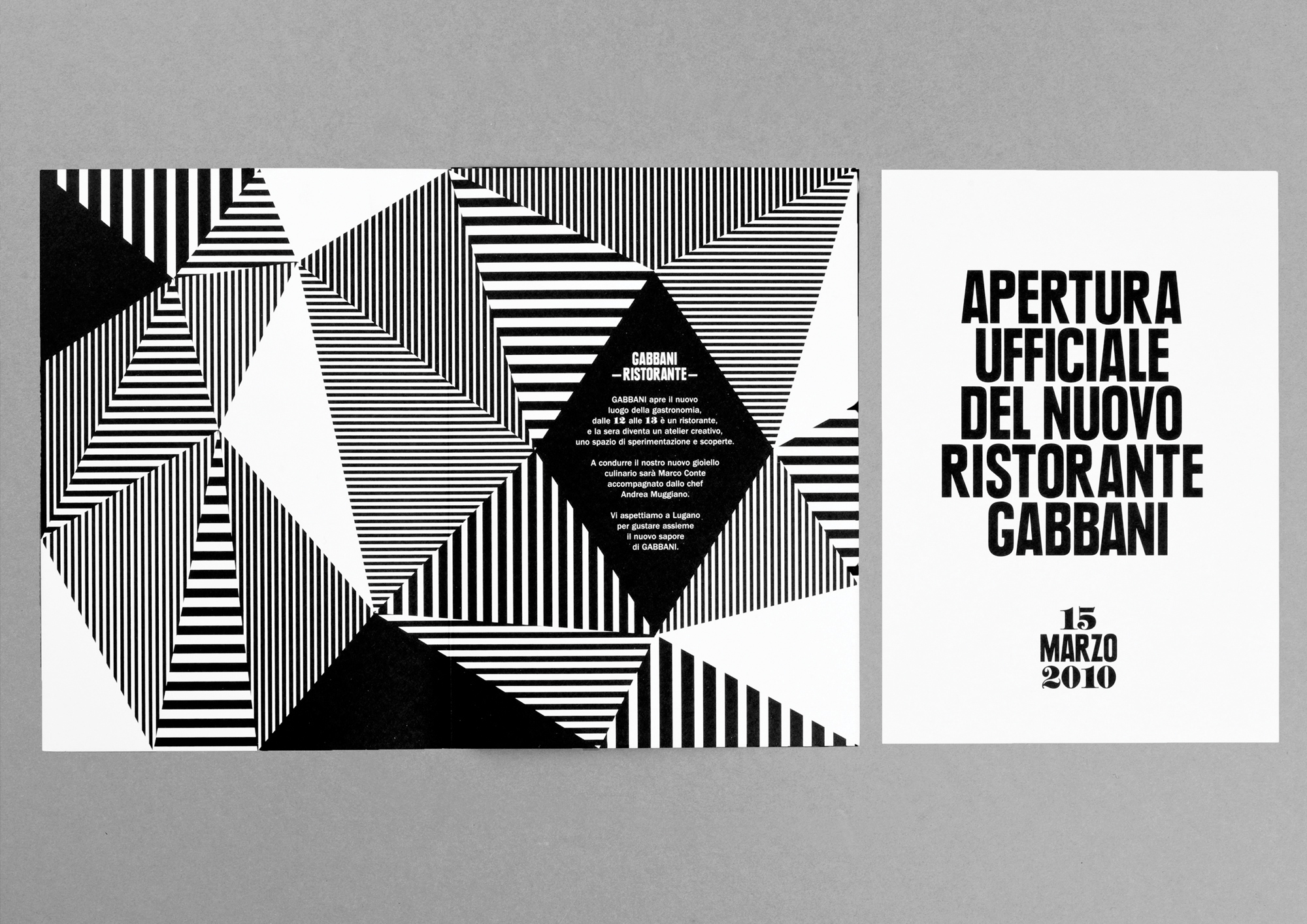 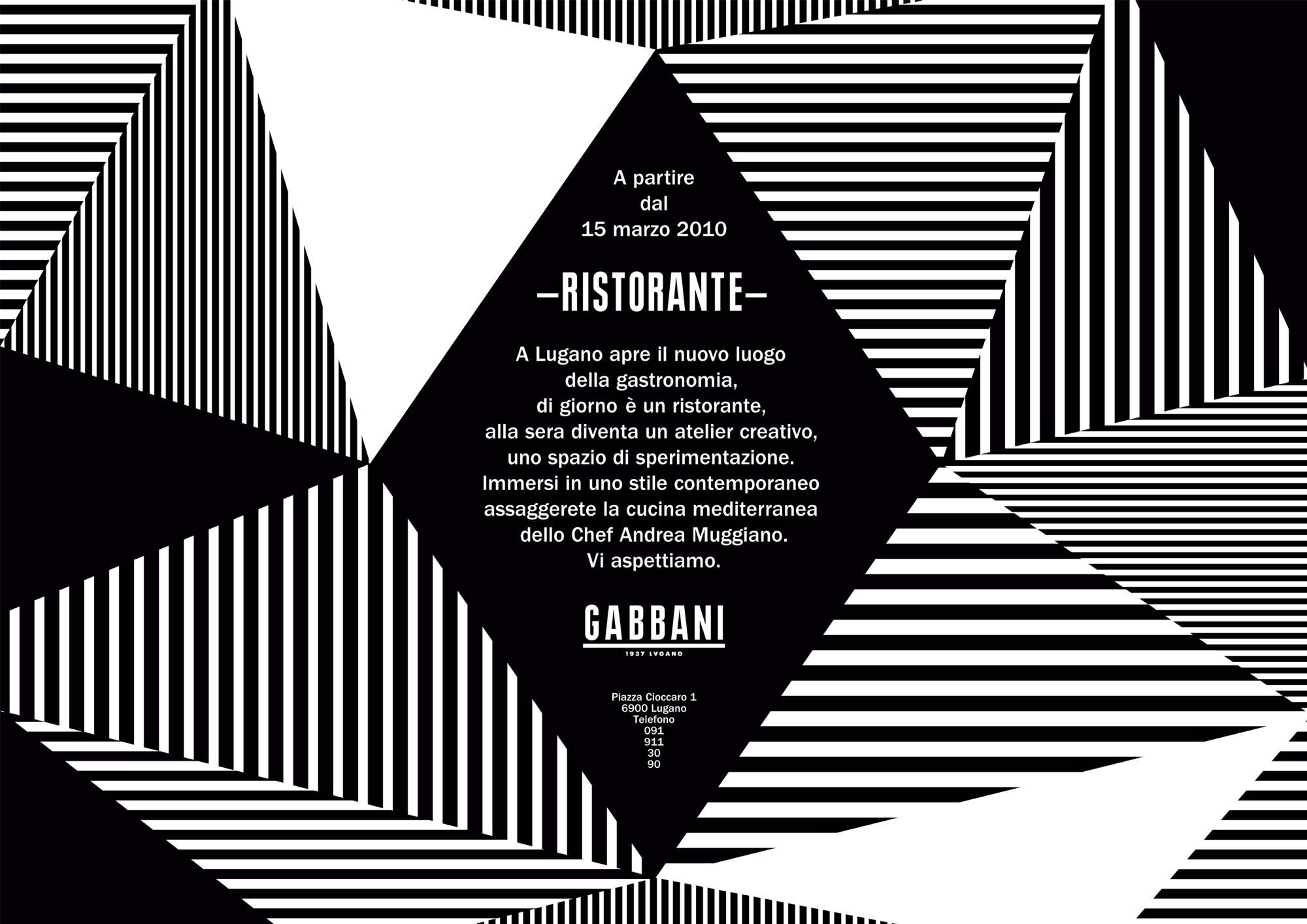 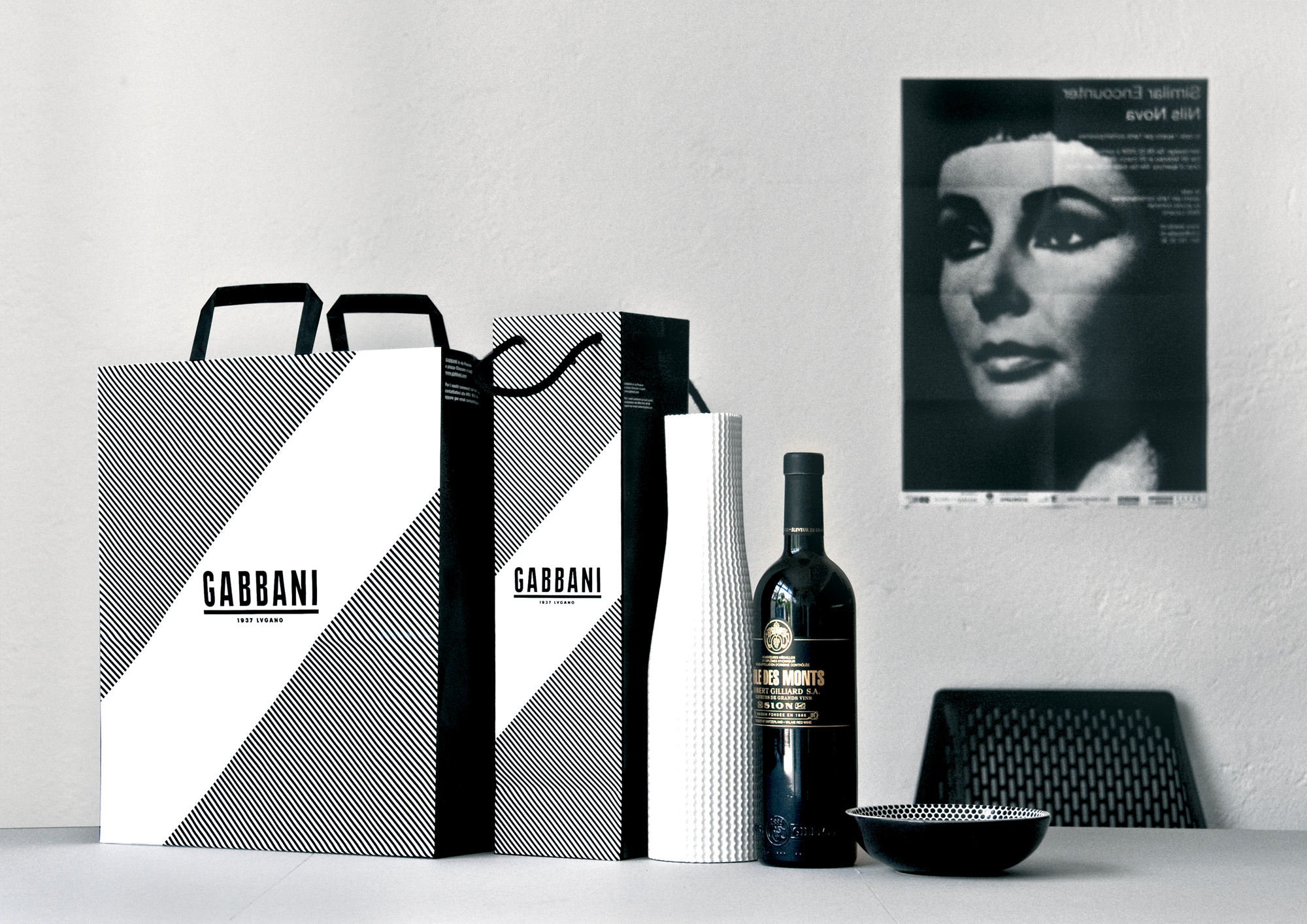 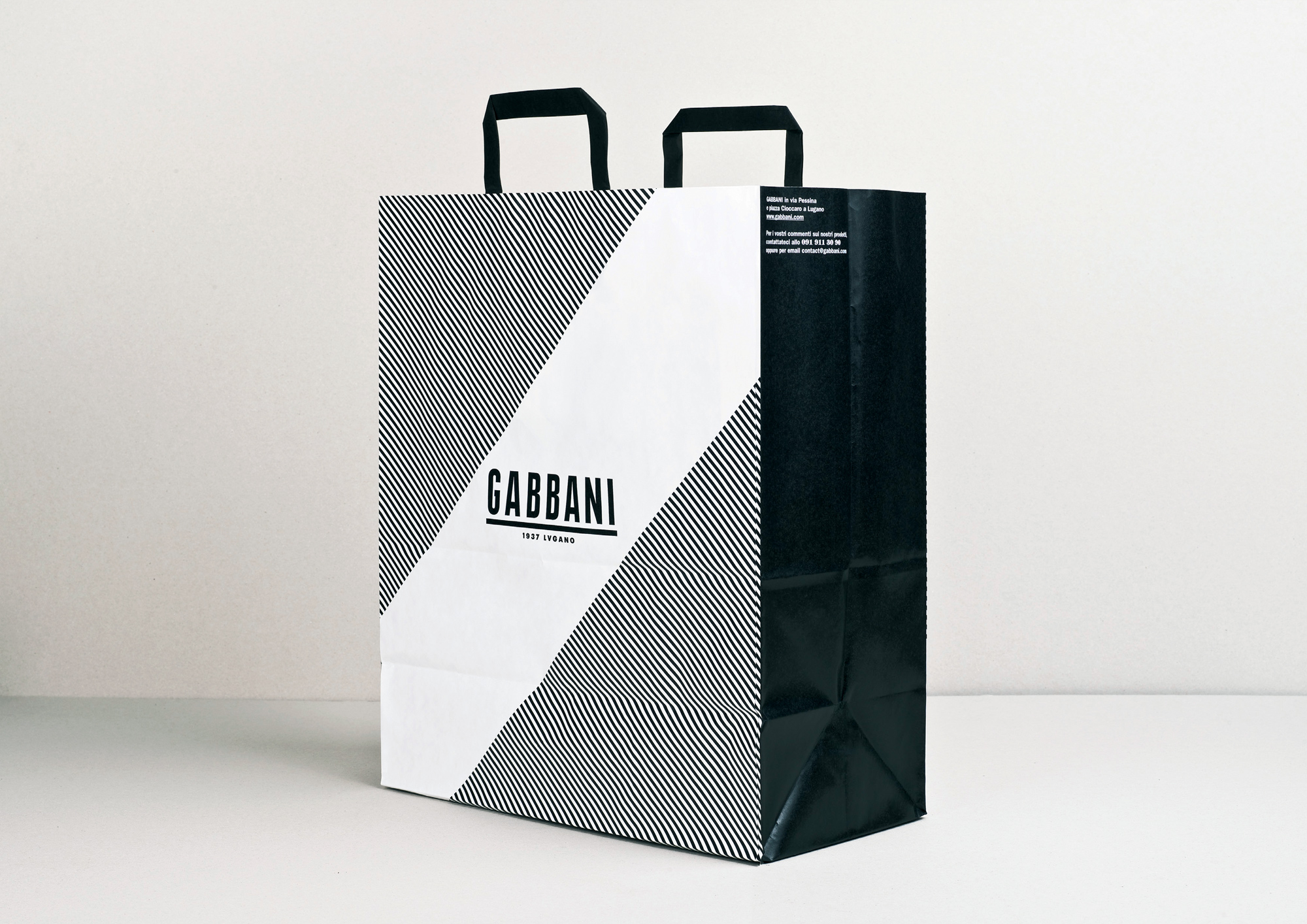 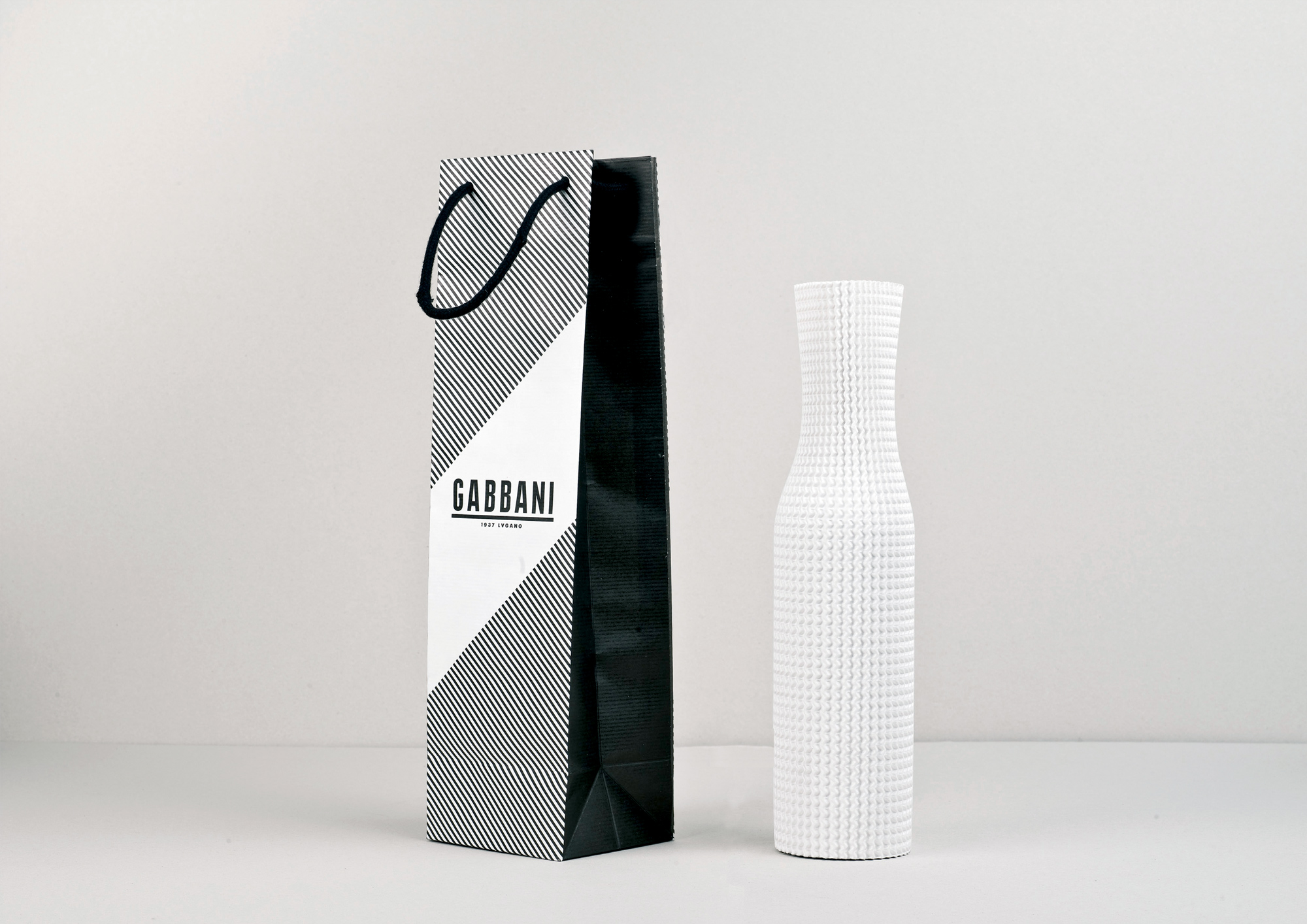 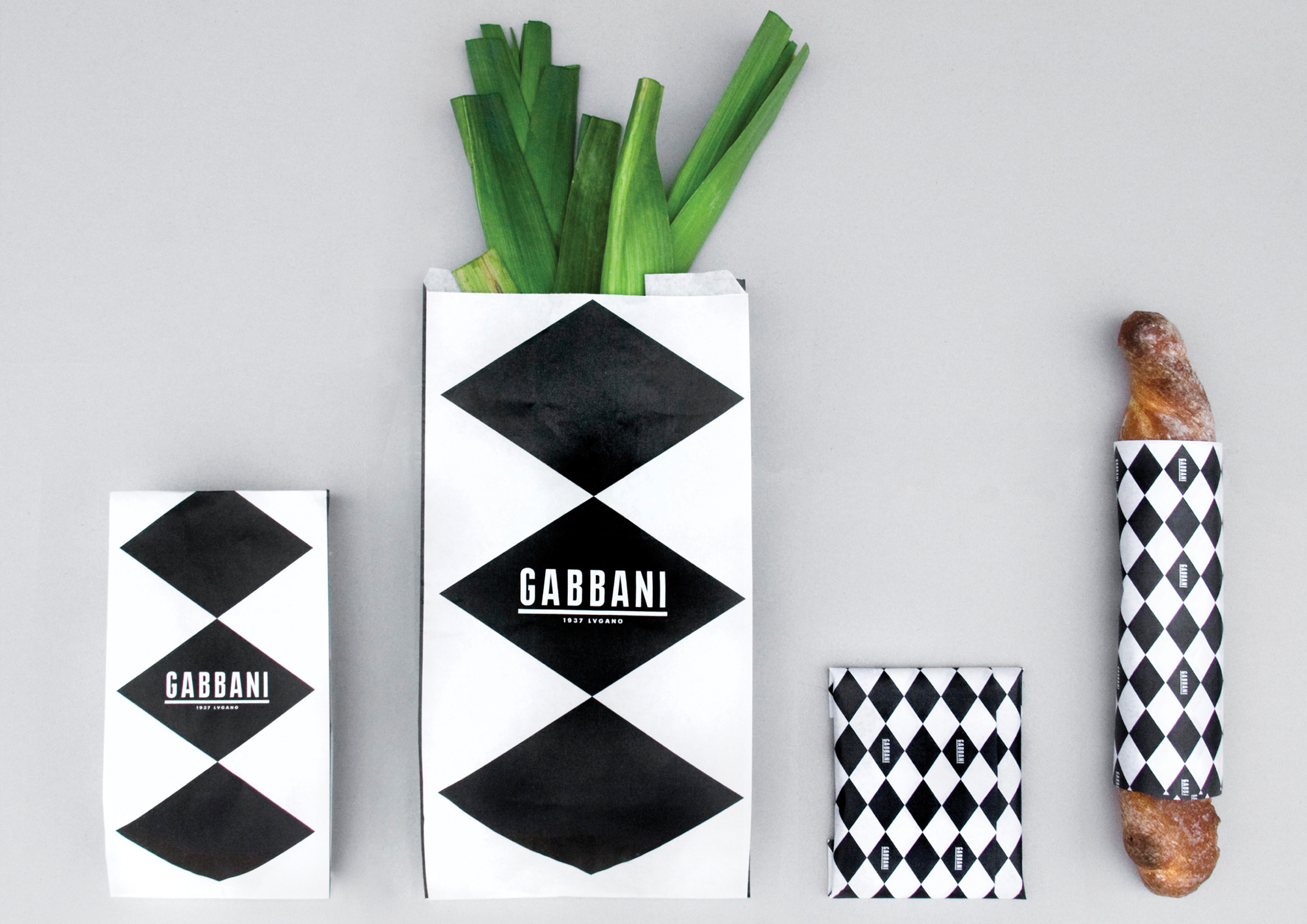 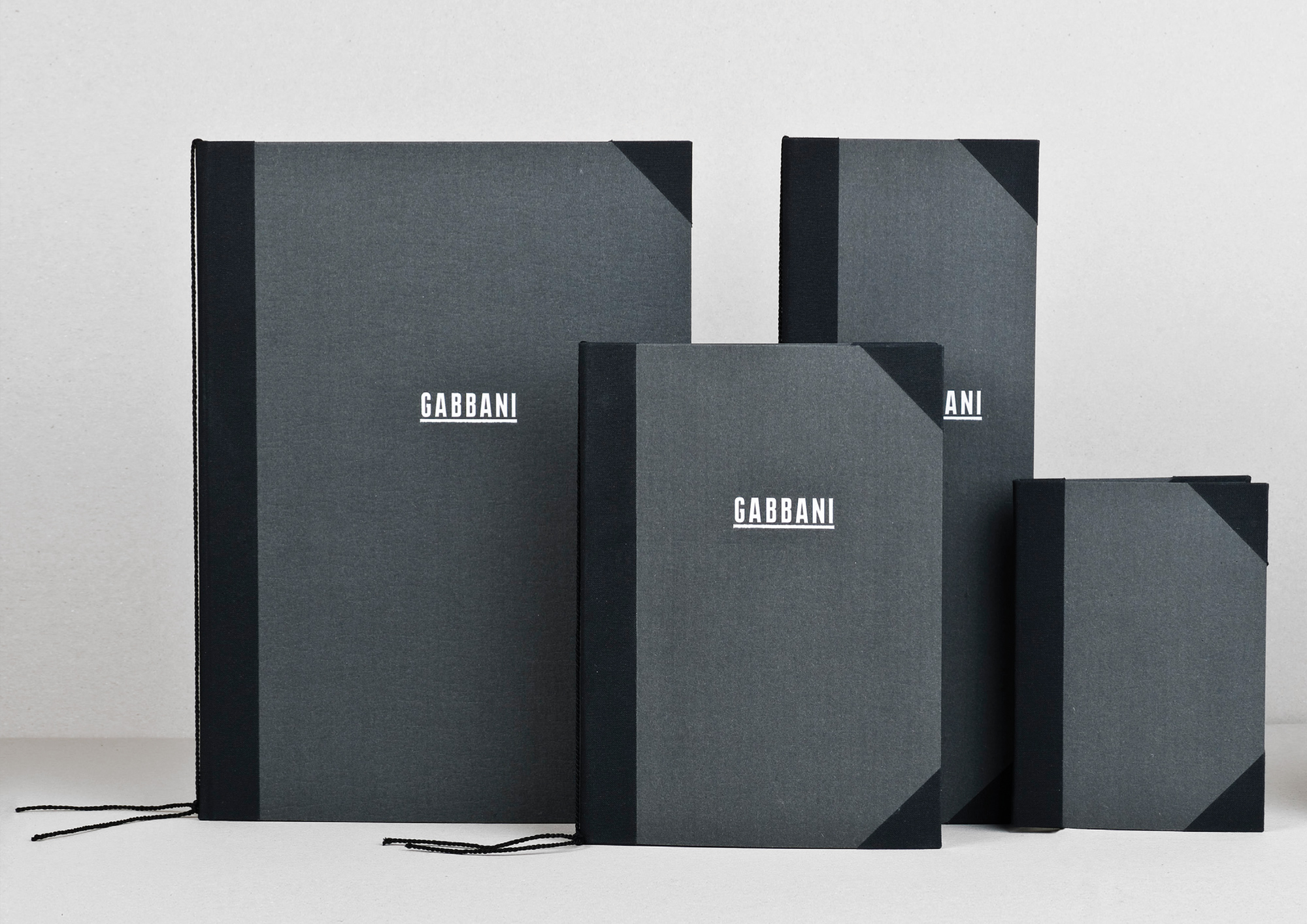 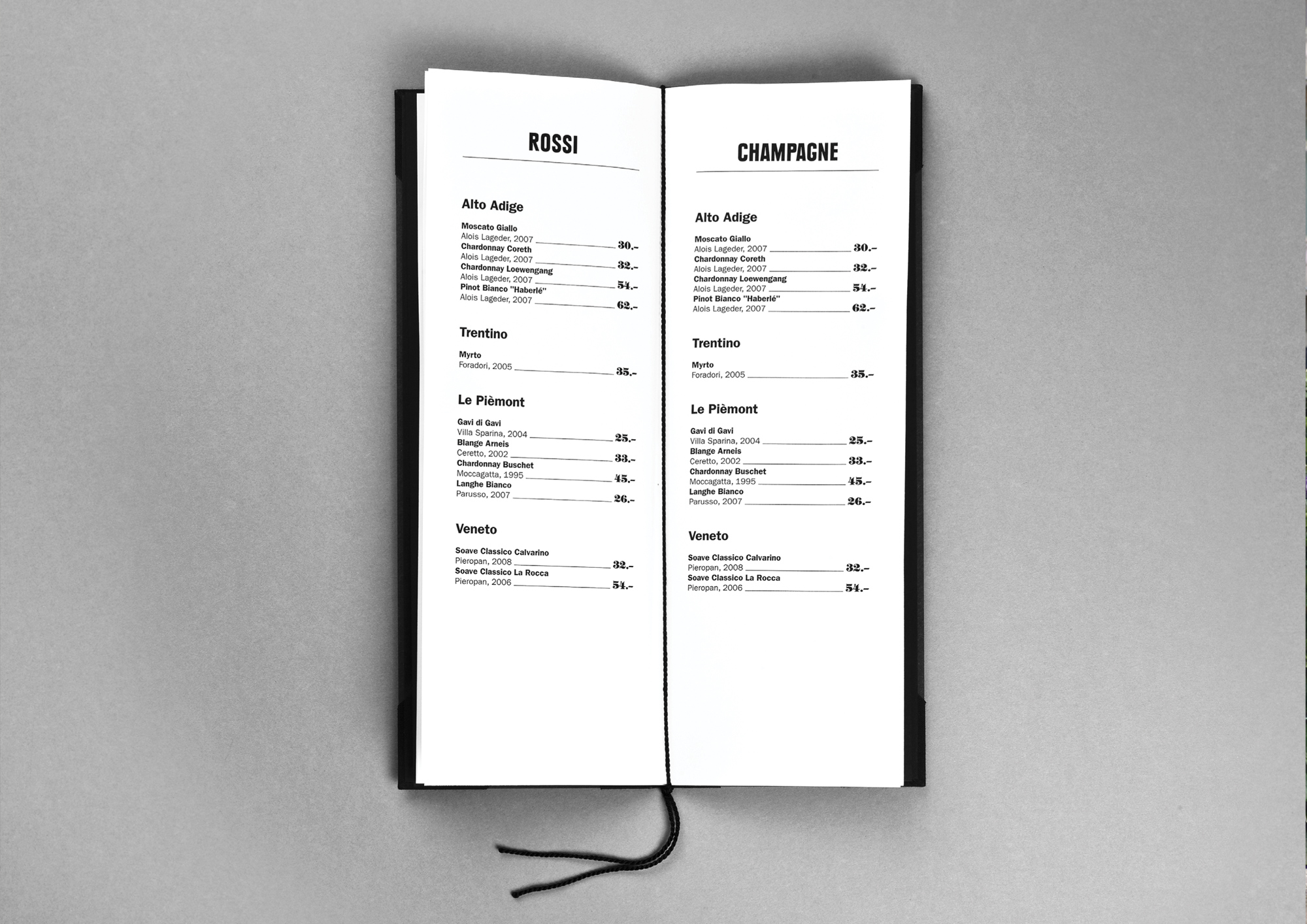 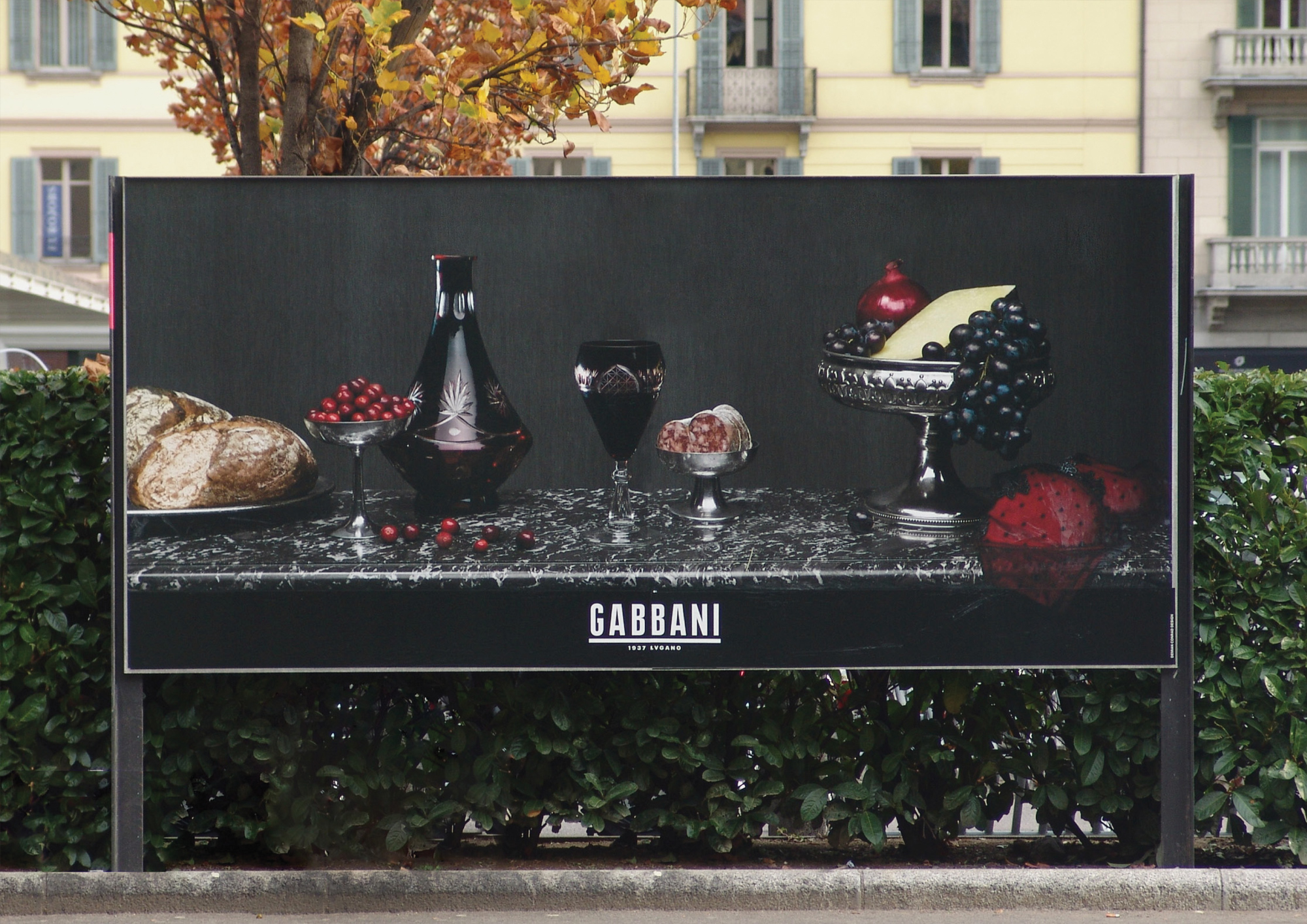 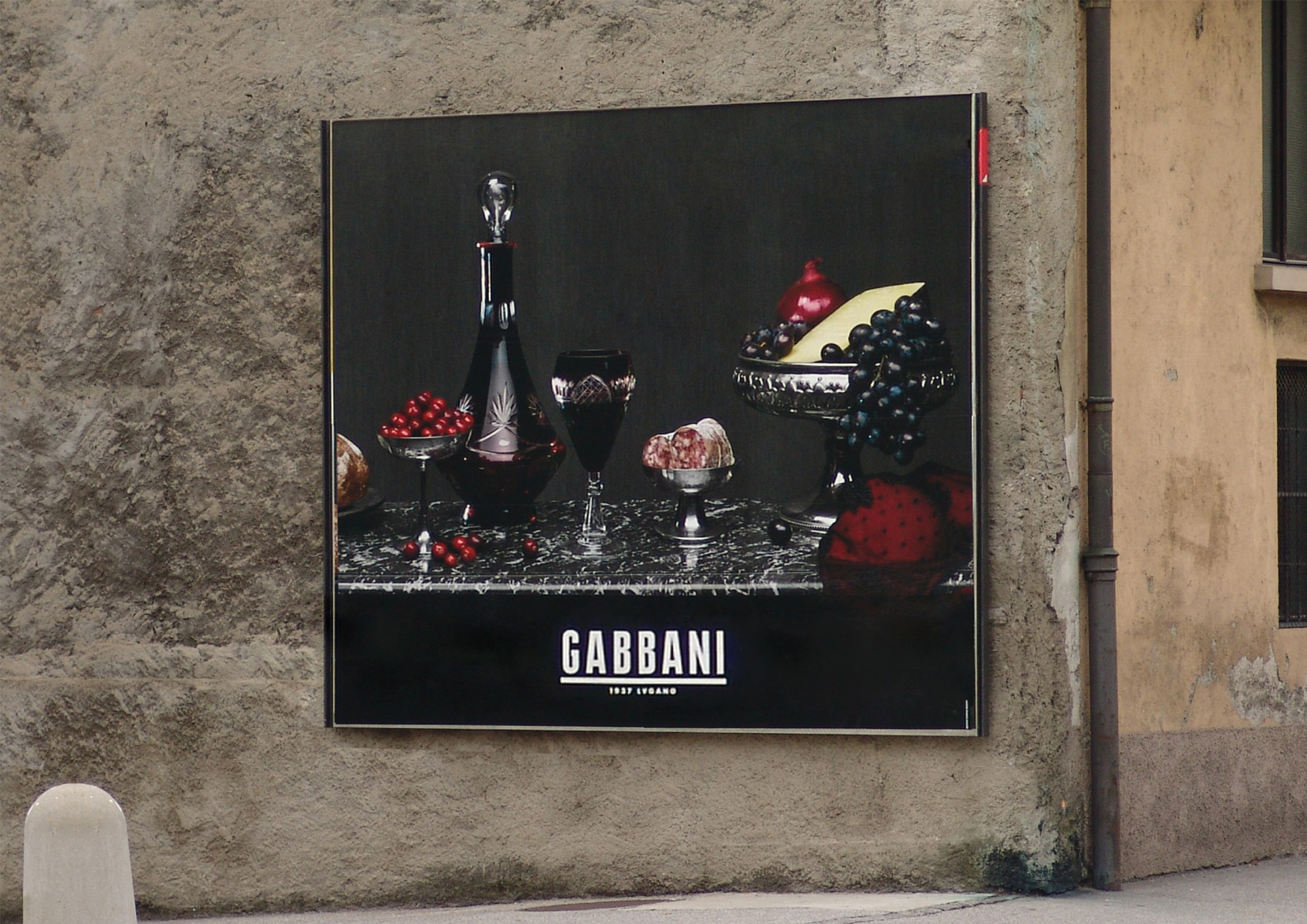