Since 1952 at the service of Free Trade

The Swiss Post has issued a special stamp to commemorate the 50th anniversary of the European Free Trade Association (EFTA). Half a century has passed since it was inaugurated, yet EFTA is still a key institution for Switzerland as an exporting country. The stamp, with a face value of CHF 1.40, is available from 3 September 2010 in all swiss post offices.

The job of EFTA is to establish agreements between countries to allow them to exchange goods and peoples. That means a big part of the visual poetry is on writing and shaking hands, for this reason I choose a typographic approach. With a constructivist style I helped the EFTA to transmit the values of solidity, structure, seriousness, stability and liability. “The key question was, how can I explain what they do with a simple graphic element?”
The solution is on the stamp’s border used like if it was the custom of a country. That means that if you cross the border you exit or enter on it. So that, using the anagram EFTA I choose to cross the border on the right side and divide the letter «T» of Trade to underline the concept. On the left side the cut part of the anagram enters on the stamp letting people to imagine
a connection to the anagram. In order to help the readability I added the whole name of EFTA. In the meantime, a little tricks is hidden on the stamp. If you have a second stamp you can connect the left part and the right part creating the word EFTA.
I did not use flags colours because I wanted to have an apolitical and diplomatic approach. The use of yellow and black remind the colours of the industry, like in the signage of products and places. The pantone I choose is slightly different from the yellow used by the swiss post. Yellow is also a bright and happy colour which fits right for a commemoration. 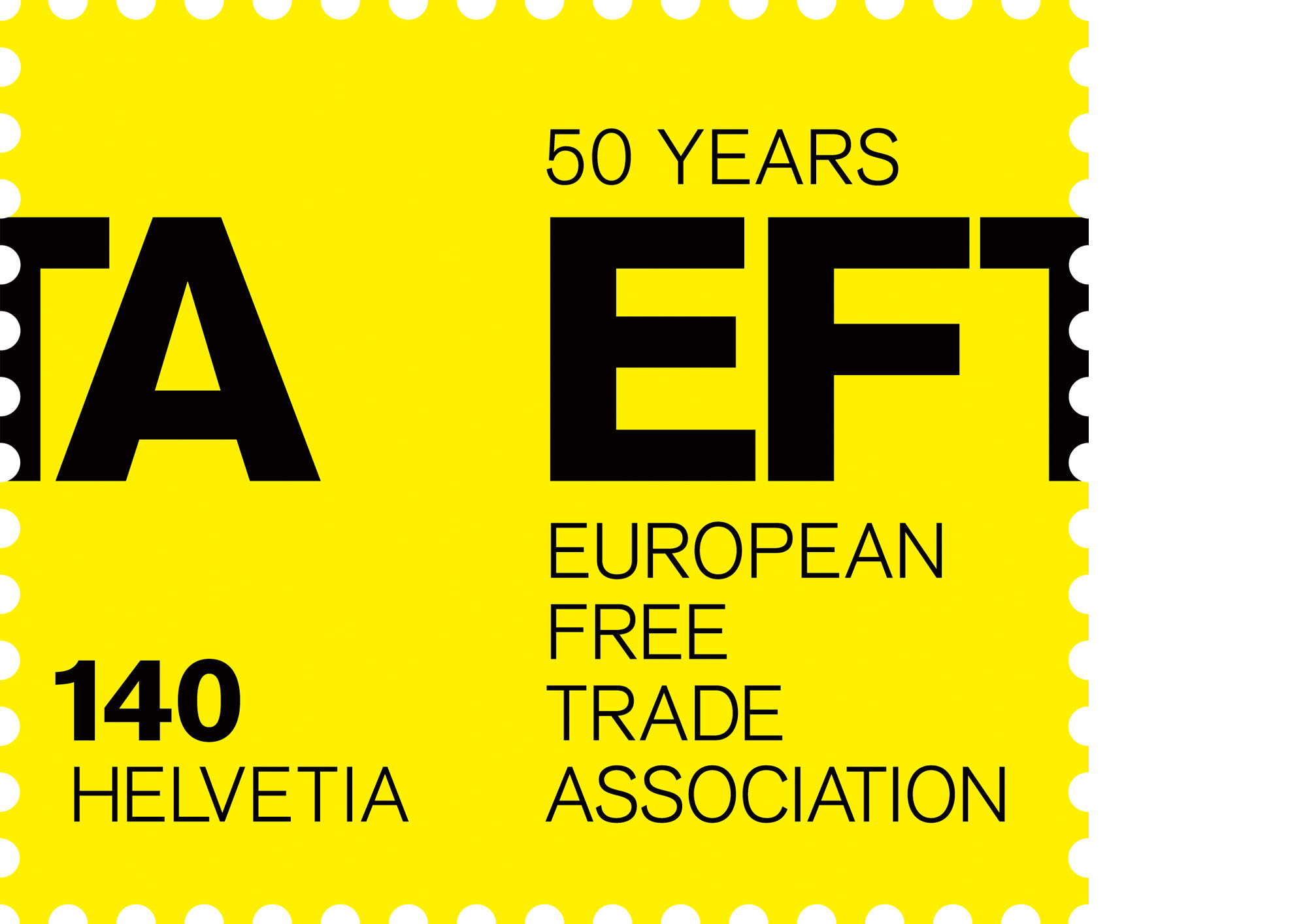 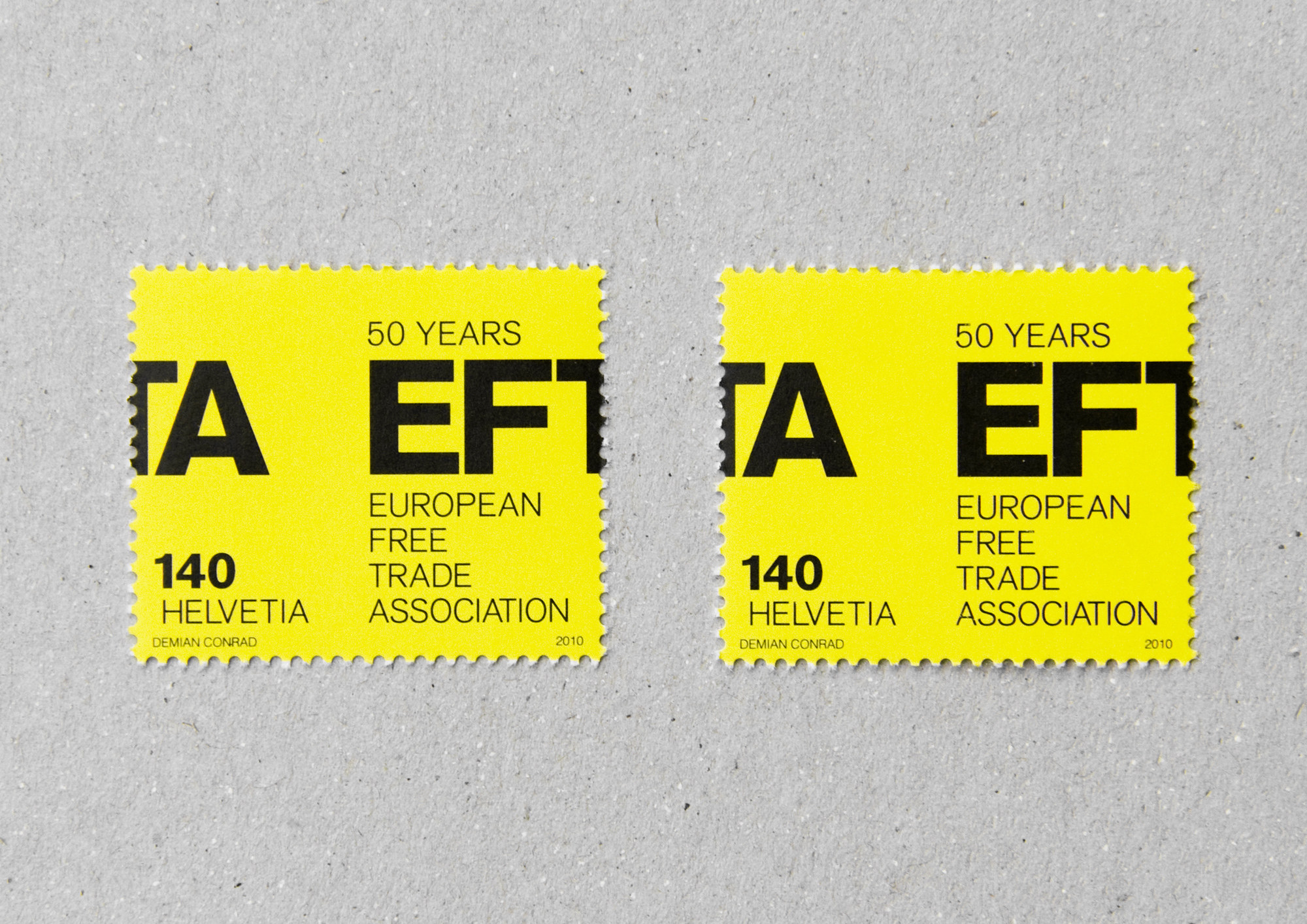 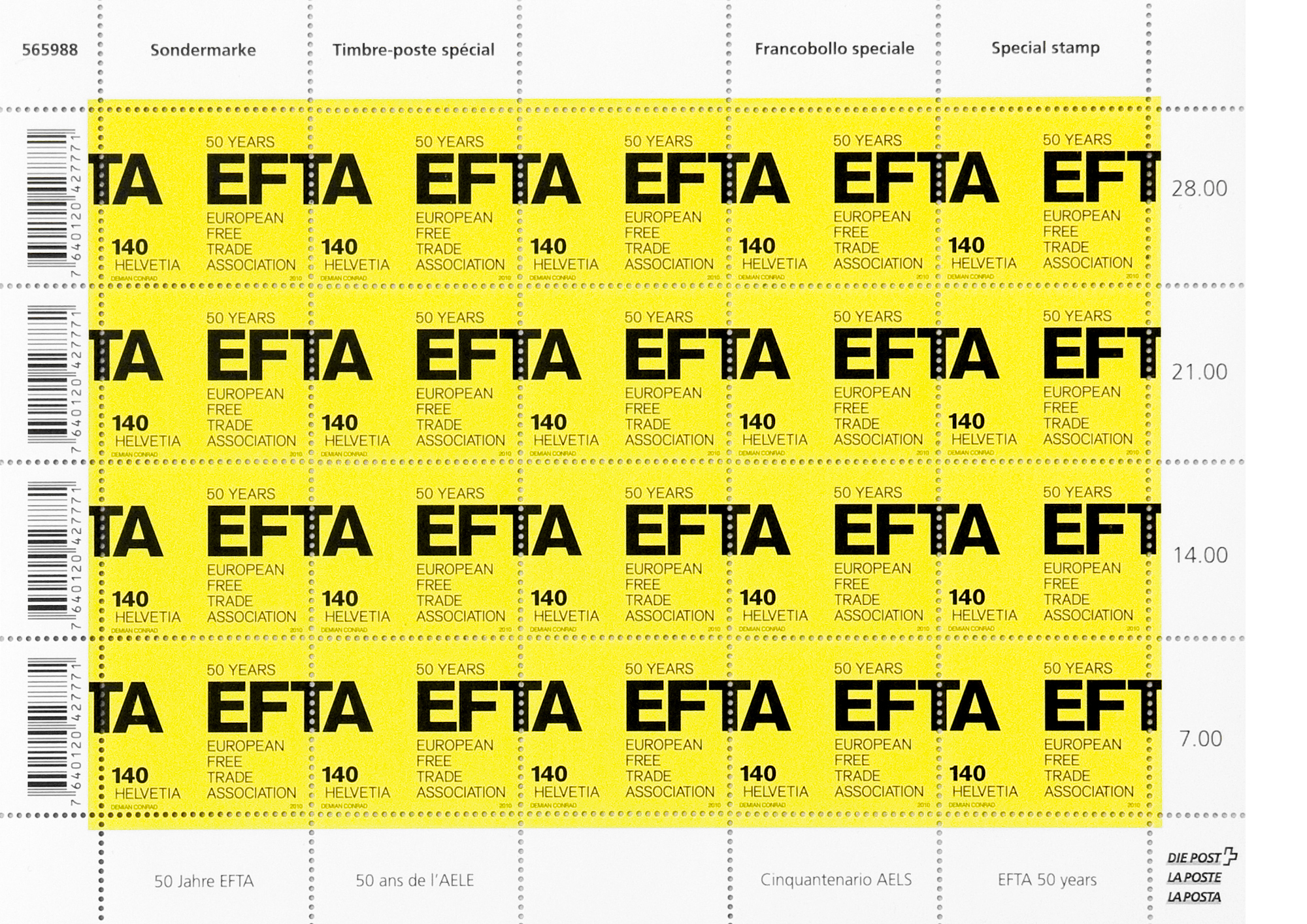 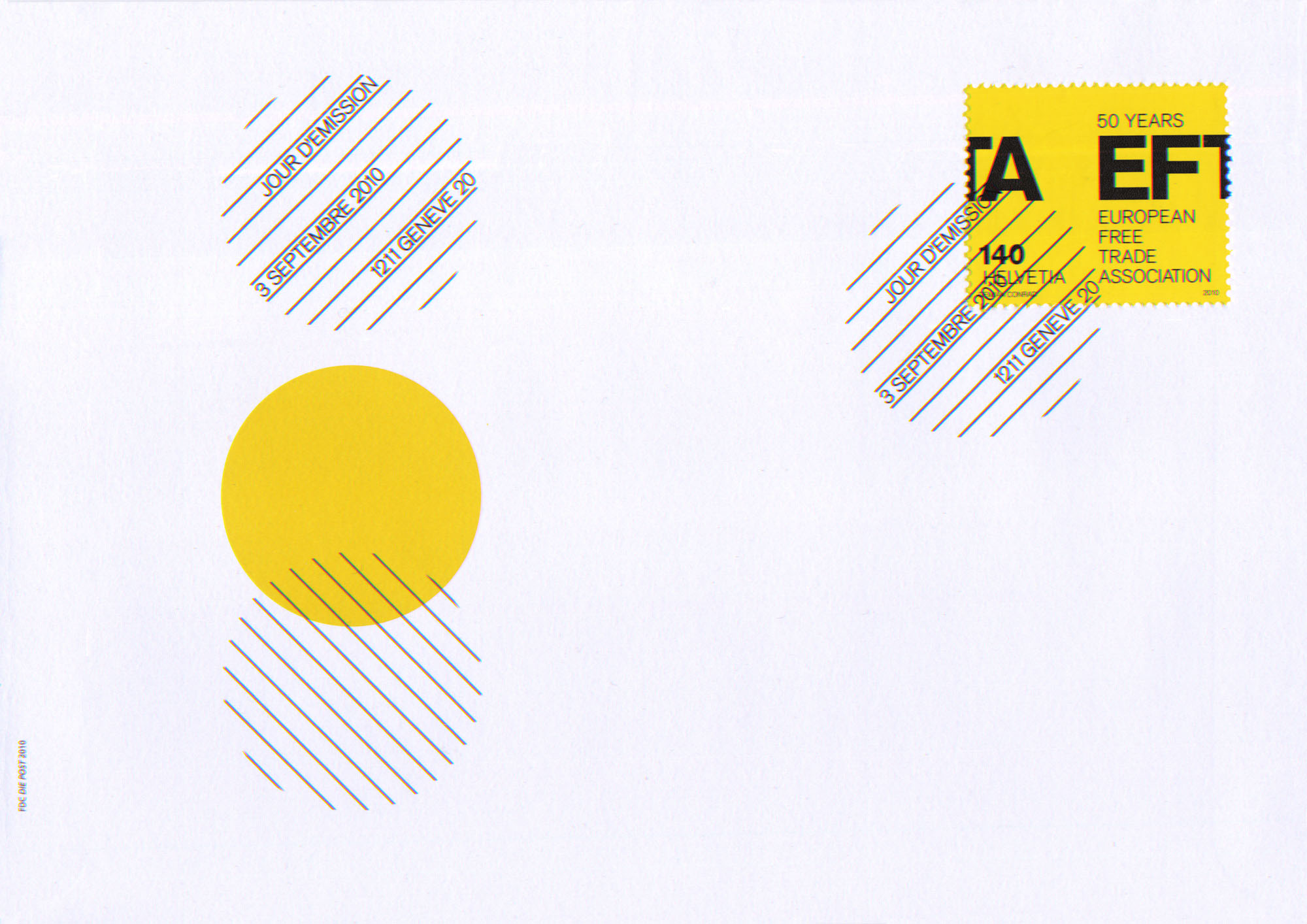