With more than 800 members, this association aims to promote music, poetry, performance and other cultural art forms. Turba is located in the center of Lugano in an old 700s bourgeois apartment filled with stuccos and frescos.

Being a non-profit cultural association with limited budgets, flexibility and accessibility were key factors of the project. Automatico Studio decided to approach the visual identity as a social program. Rather than delivering the service to the client, the client was to design the project on a set of rules systematized by Automatico Studio. “Somehow it is like sharing the recipe of a delicious vegan cake with your cousin”: says Demian Conrad.

Automatico Studio delivered to Turba a modular-template-system with the basic elements: InDesign template files, online guidelines and a pile of paper, some printed with offset Iris gradients and some with fluorescent colours. This DIY kit enables Turba to become part of the creative process freeing it from the classic designer-customer relationship. “Turba is now a co-designer”, says Carlotta Zarattini, president of the association.

In order to communicate the rich activity of the association, Automatico Studio designed an exterior signage system that changes every day, both the content and the design.

Composed by ten A3 posters arranged in two lines of five, every poster has its own function: one for the monthly program, one for the daily event, one for the current monthly theme and two for questions from local personalities related to the theme. Every piece is changeable and has its own timeline. This panel becomes a dynamic visual sign that attracts and creates an interaction with pedestrians passing by.

Wanting to communicate the flirt between the old apartment and the contemporary content, the typeset reflects the mood that perfectly matches liberty style and modernity, mixing Larish Alte by Rudolf von Larish (1901) and Brown Pro by Aurèle Sack (2012).

The charm of this visual identity is its constant movement, every day different, with limitless computations, like bringing to the street a discussion that never ends. 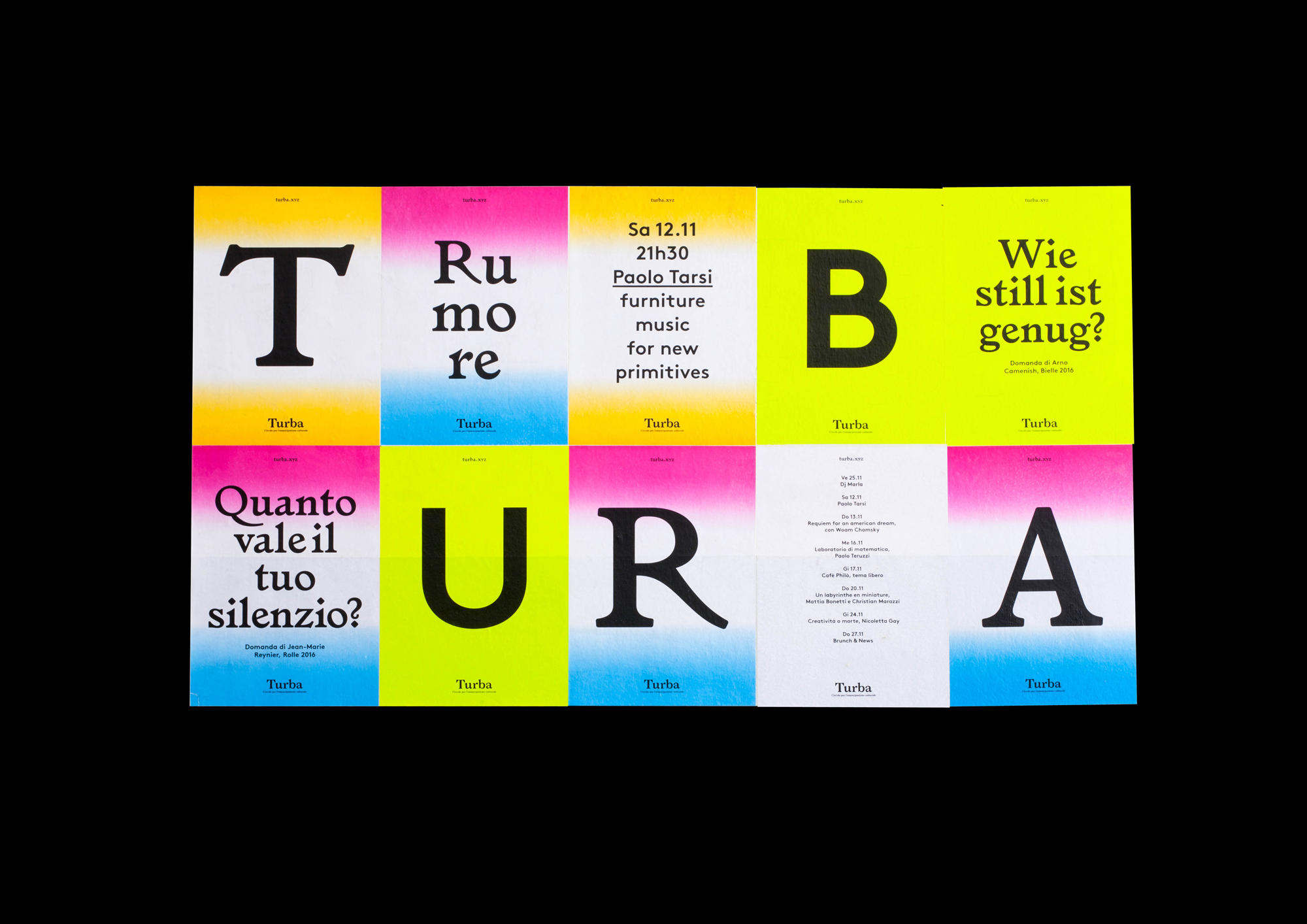 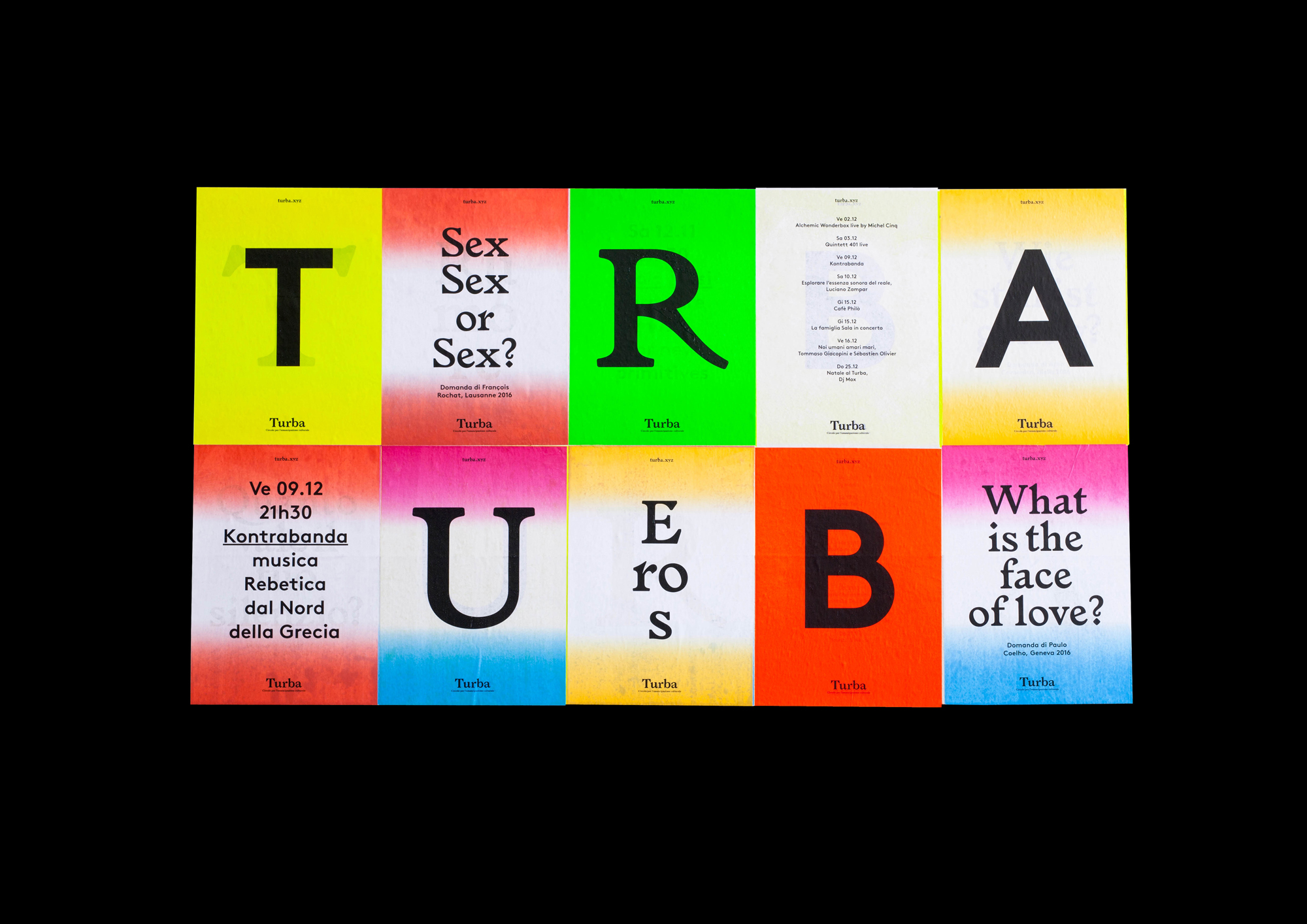 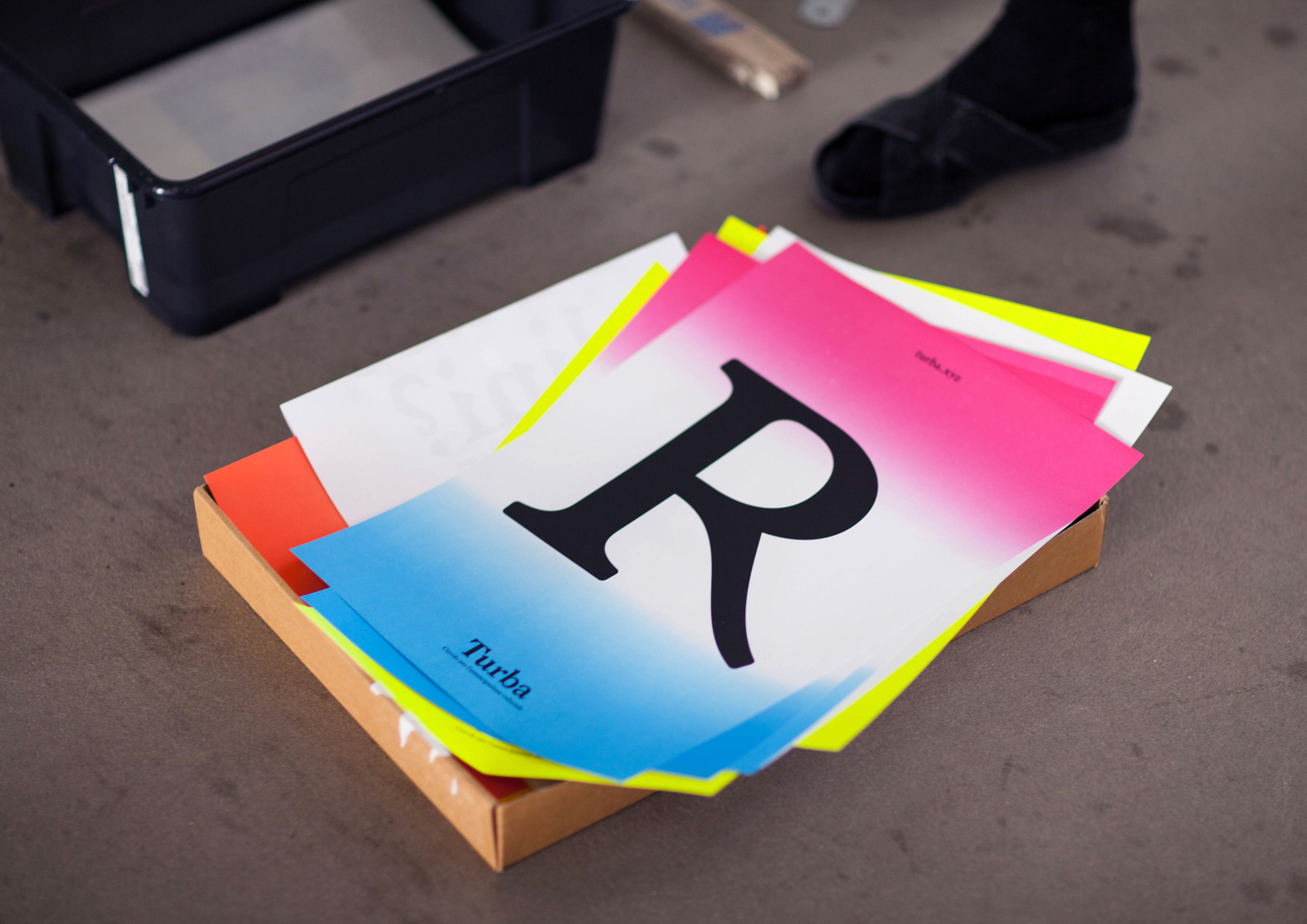 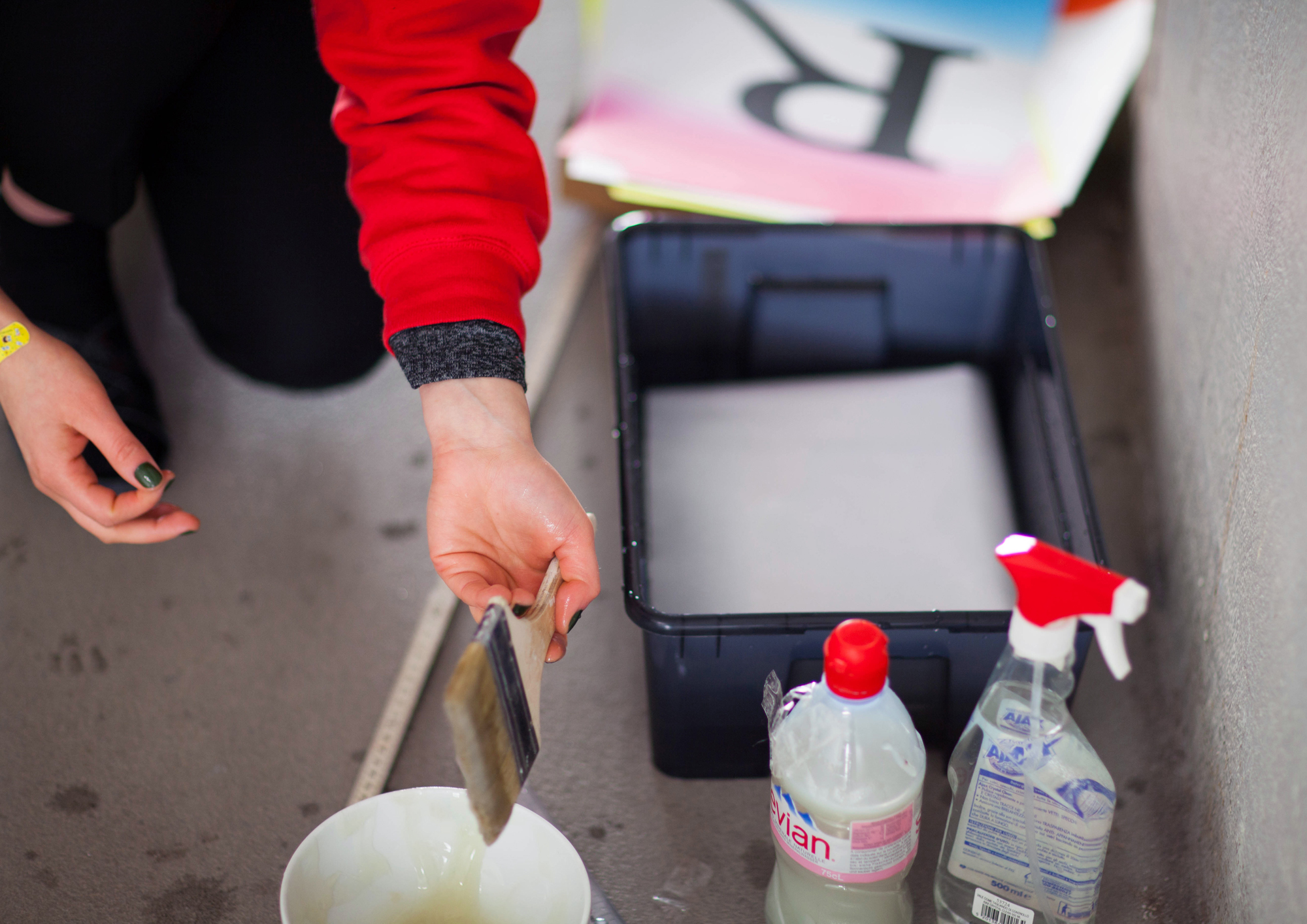 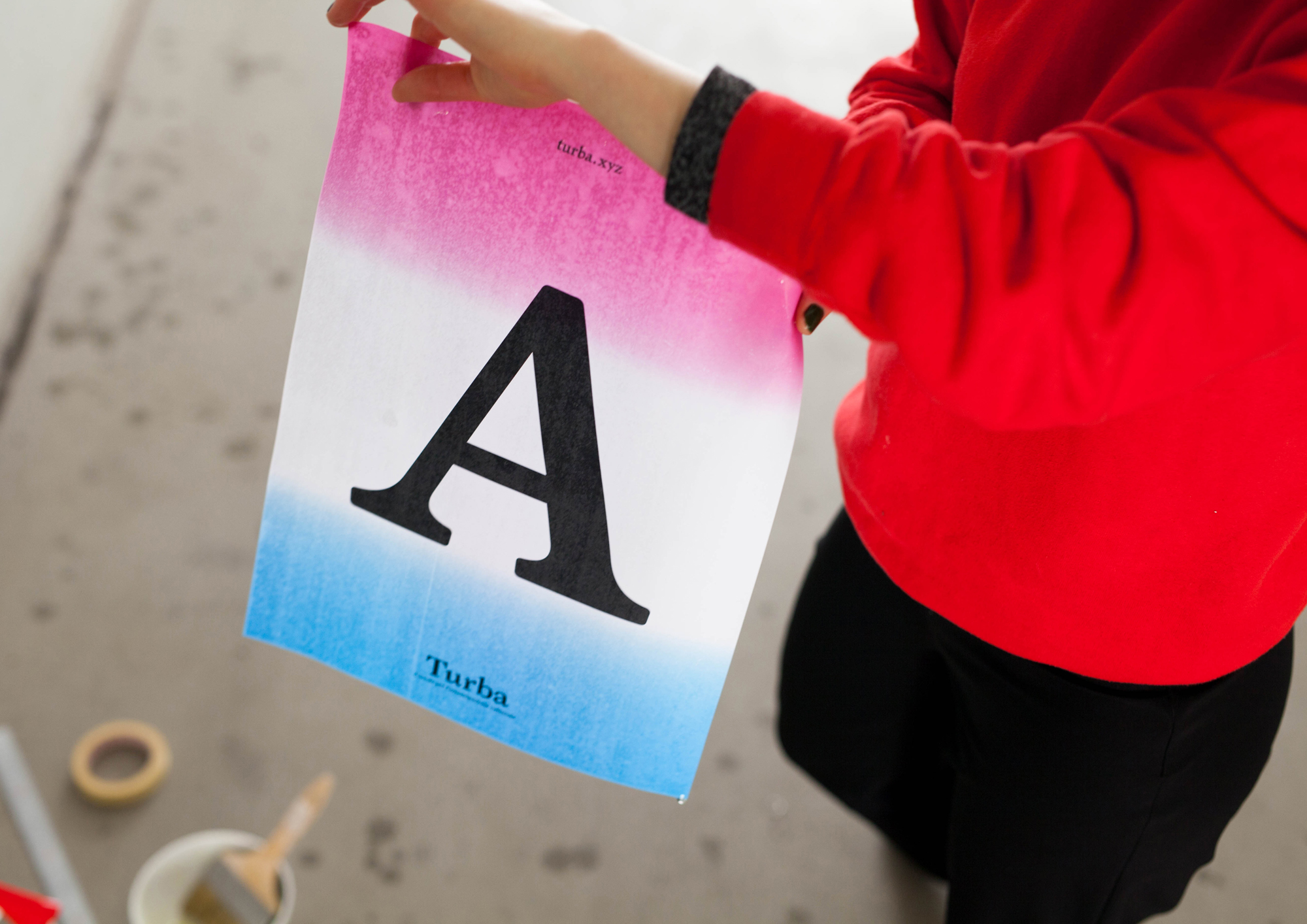 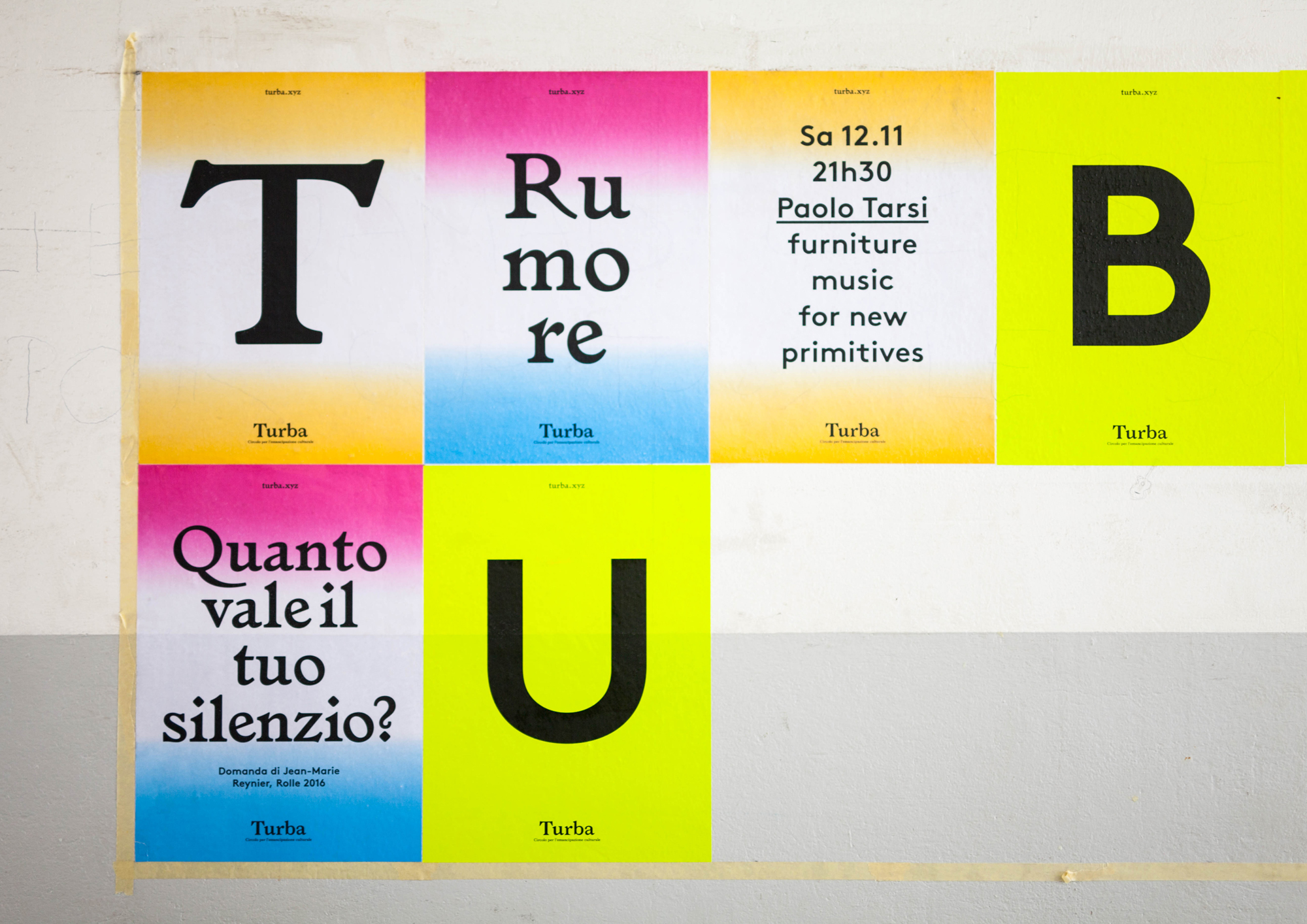 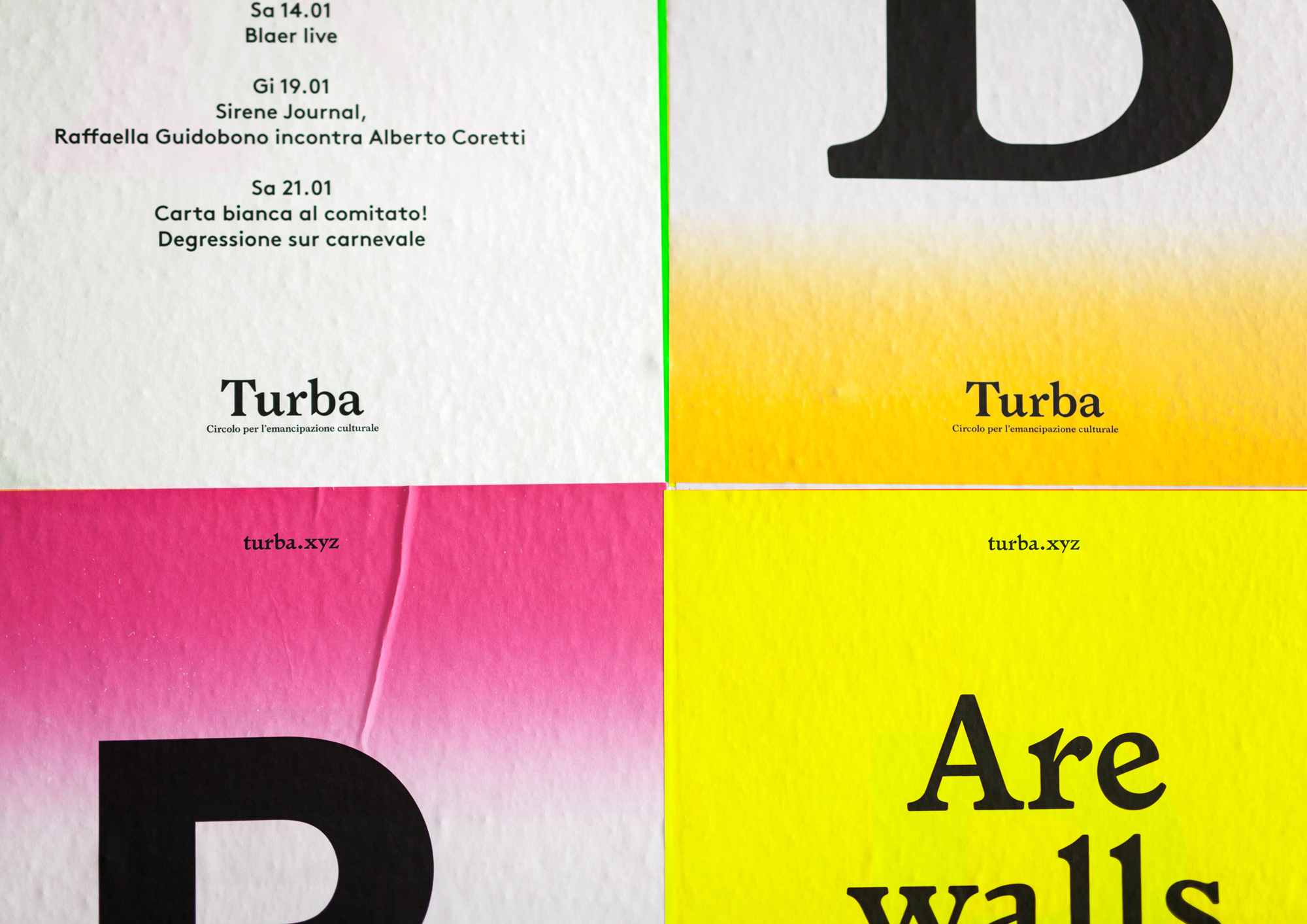 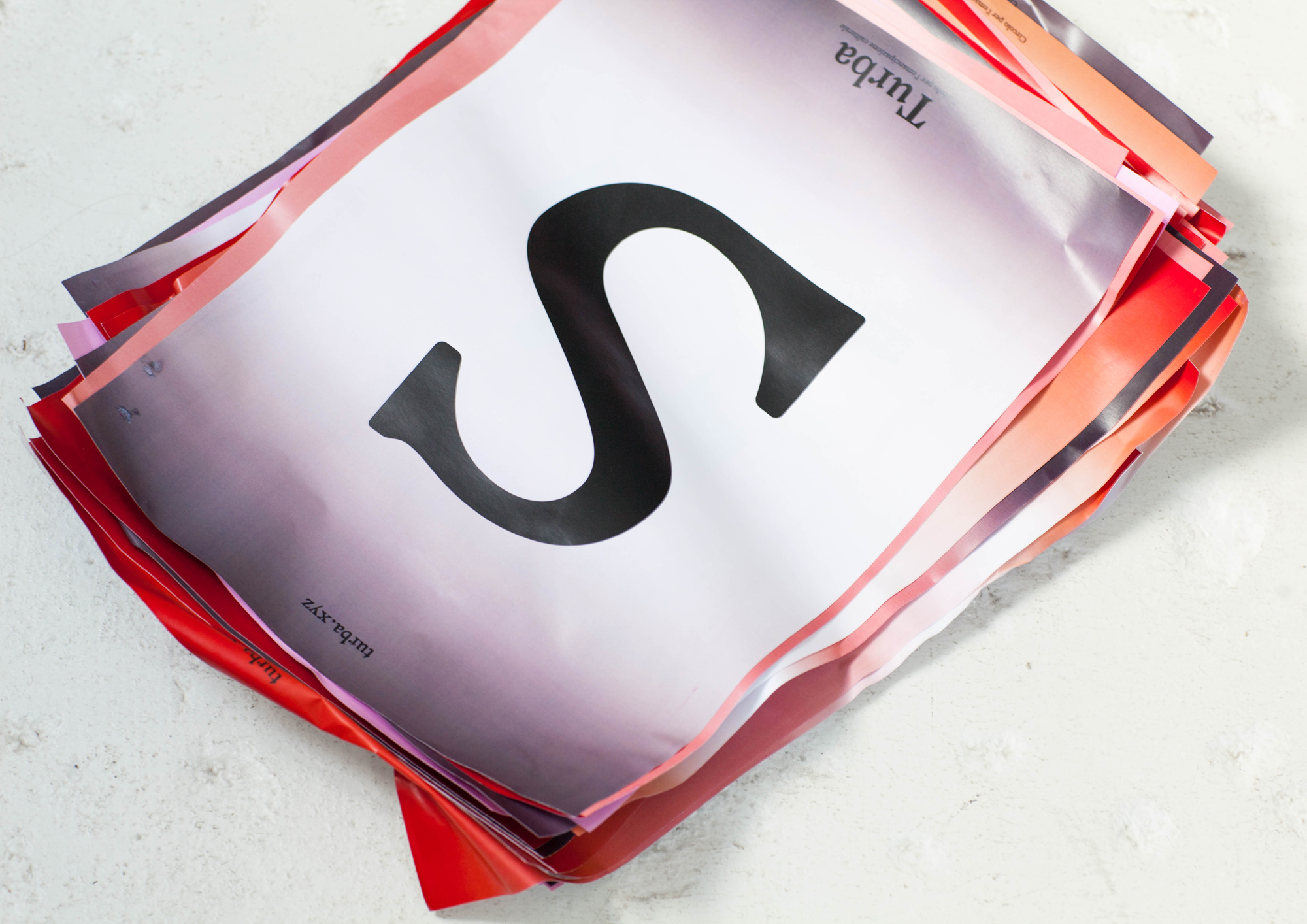 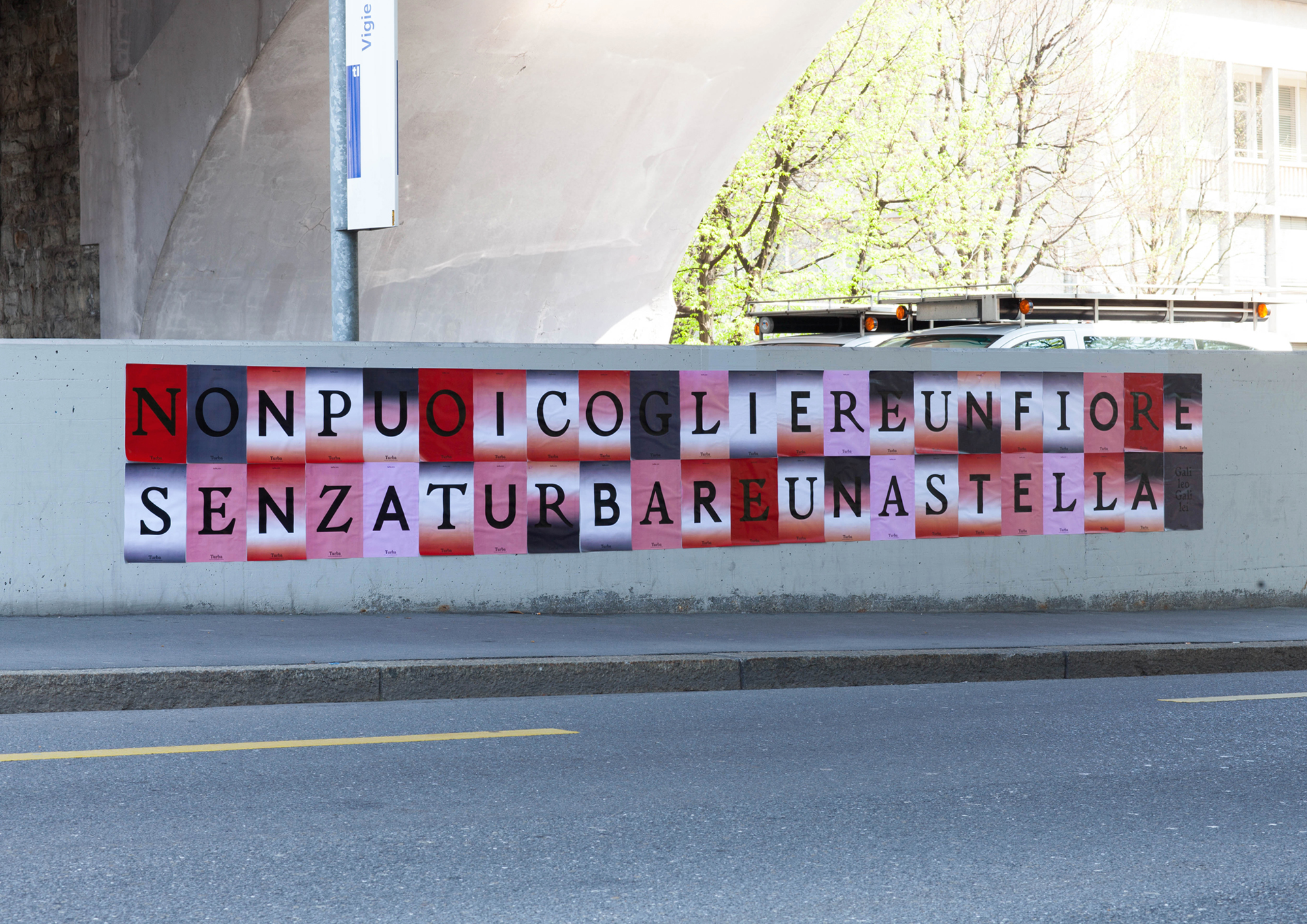 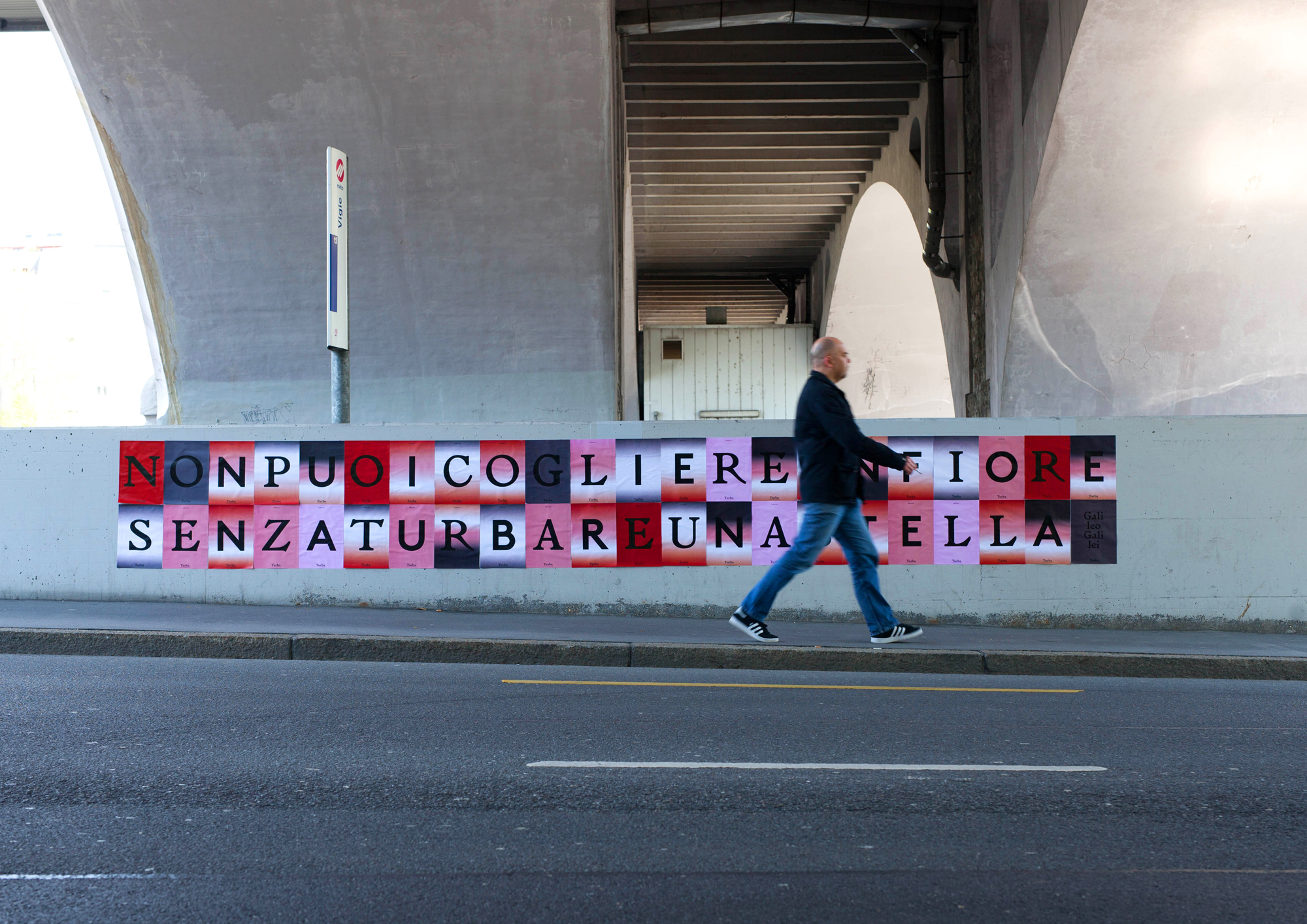 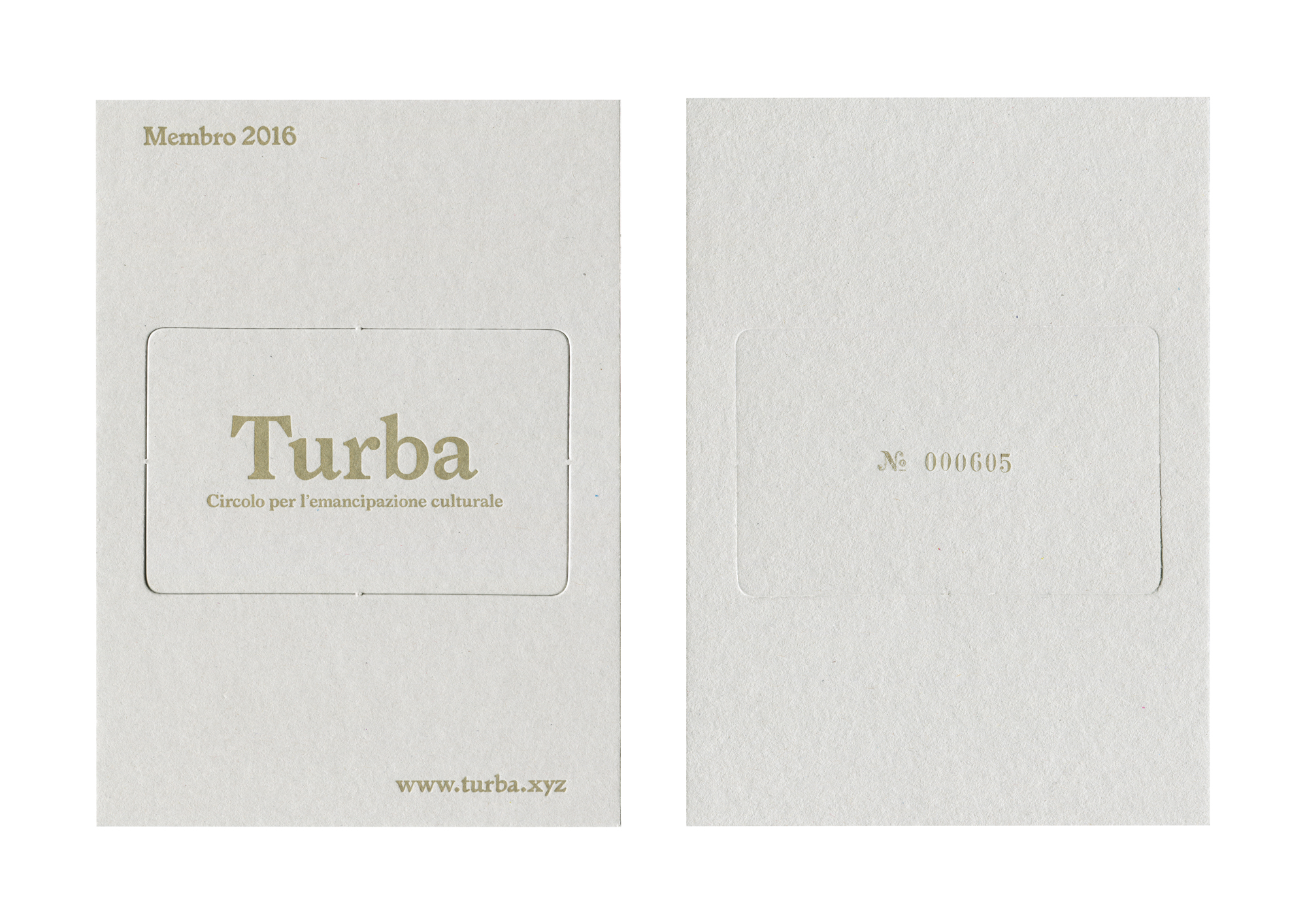