The Bank
Zarattini & Co | Bank is a private bank with headquarters in Lugano (Switzerland), specialising in alternative investments, asset management, private banking, fixed income and trade finance.
Born out of the vision of the nuclear physicist and financial wizard Mario Zarattini, the Bank has strong roots in innovation. Today, the company, with more than 200 people and subsidiaries in Malta and Milan, is directed by CEO Flavio Quaggio.

The Challenge
Since its formation in 1991, Zarattini & Co has pioneered in innovating with alternative investments in southern Switzerland. In recent years the company has moved forward with notable acquisitions, such as Banca Intermobiliare (Suisse) and Banca Euromibiliare (Suisse).
Their former visual system was no longer serving the complex demand of the new business structure and the evolving values of the company. The old system lacked flexibility and longevity, and the expansion of the group meant encapsulating other subsidiaries. In addition, there was an urge to reposition the Bank’s identity with its new values.

The Approach
Automatico Studio is renowned for its quality in synthesising complex constellations of information and concepts, and simplifying those into a coherently performing, consistent visual system.

The “line”
The main theme of the new visual identity is the “line”. Line as a geometrical shape – analogous with the data visuals or of the stock market – but also a line as metaphor. As an idea, a trajectory, a stable strategy towards an objective. The line also holds a spatial dimension, as described in the seminal book Point and Line to Plane by Vasilij Kandinskij.
“A line is born from a moving point. Here the leap from static to movement takes place.”

Typography of the logo
The logotype has been redesigned and restructured in a way to enable more modular use.
The typeface Akzidenz Grotesk has been retained in-keeping with the already well-established and recognisable brand asset. In addition, this typeface has the quality of organic and human touch in the details of the cuts. The black version used in the old logo has a somewhat vintage feel but the bold version was found to be too light, so we designed an intermediary custom-made weight. To fix the many visual problems and produce a more contemporary appeal, we also redesigned the letters “Z” and “a”, as well as the “&” and the ligature “tt”.
In order to play with the new logotype we built a set of font family the Charter as a secondary typeface.

Brand architecture
Due to the acquisitions and expansion of the bank, we built a brand architecture system for the client that plays with the key element of the line. A vertical line can divide the words Zarattini & Co with the general term Bank, or can be used multiple times to subdivide other departments, for instance Zarattini & Co | Bank | Asset Management.
This system allows the company to retain a coherent system, providing crucial continuity of brand identity as well as longevity for years to come.

Colour scheme
Automatico Studio introduced a new colour scheme to the existing actual blue canton. Blue has always been a strong colour for banks and assurance, providing a sense of stability and trust. Here, we counter-balanced this with the gold-copper colour. This gives a sense of value connected to wealth, but also a warmth which brings to mind the interaction between humans. With this, we created a more accessible and intimate identity, whilst retaining the sense of high-class customer service.
As tertiary colours, we added two tones of grey – one light and one dark – in order to facilitate more complicated compositions, particularly for use in graphs and diagrams.

The Result
The final result of the new identity system is clear and sharp, yet warm and human. With this, Automatico Studio successfully repositioned the client in the complex private financial sector. The identity program has been applied across many different fields and communication, from intranet to website and from customer credit cards to the physical premises. 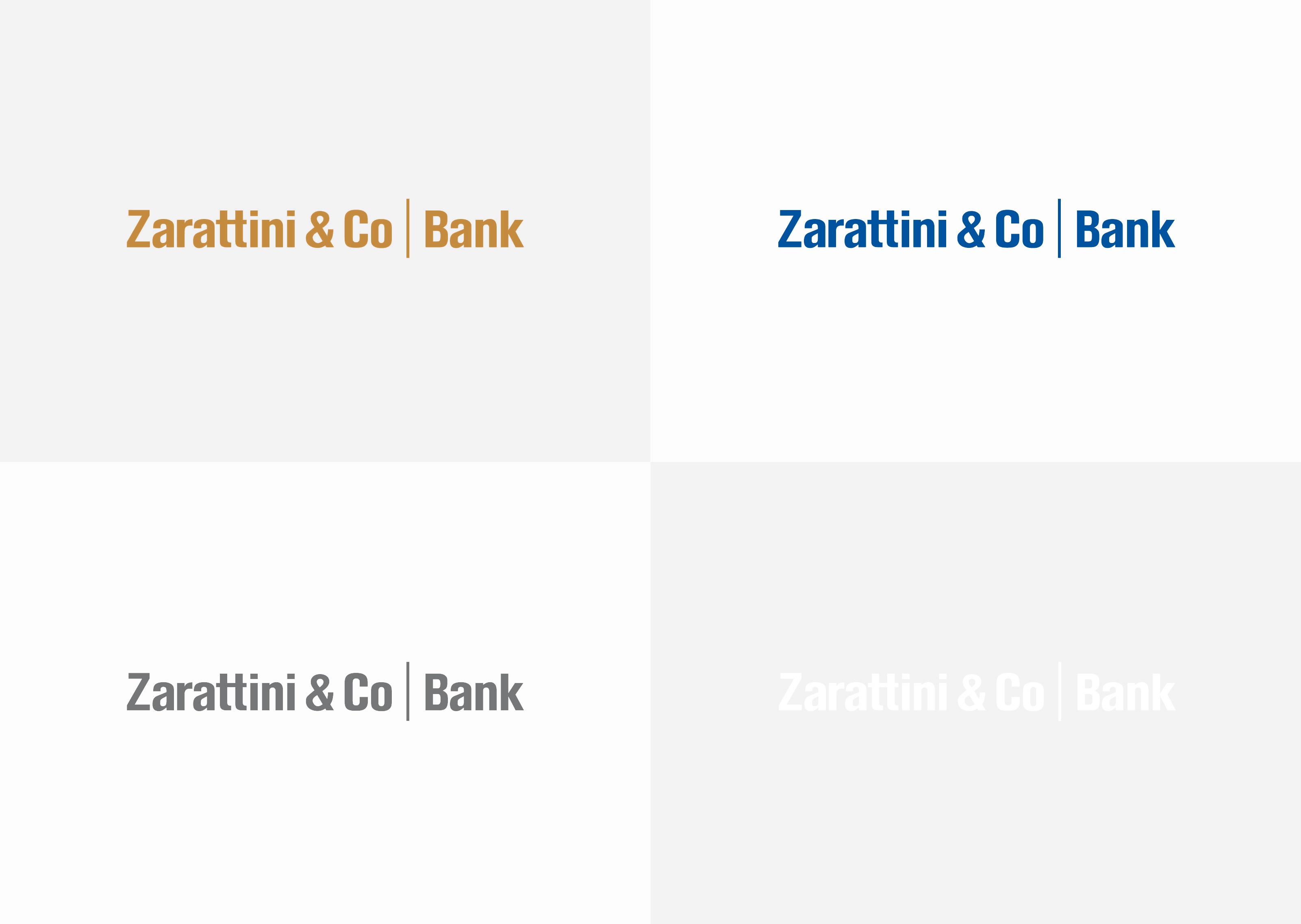 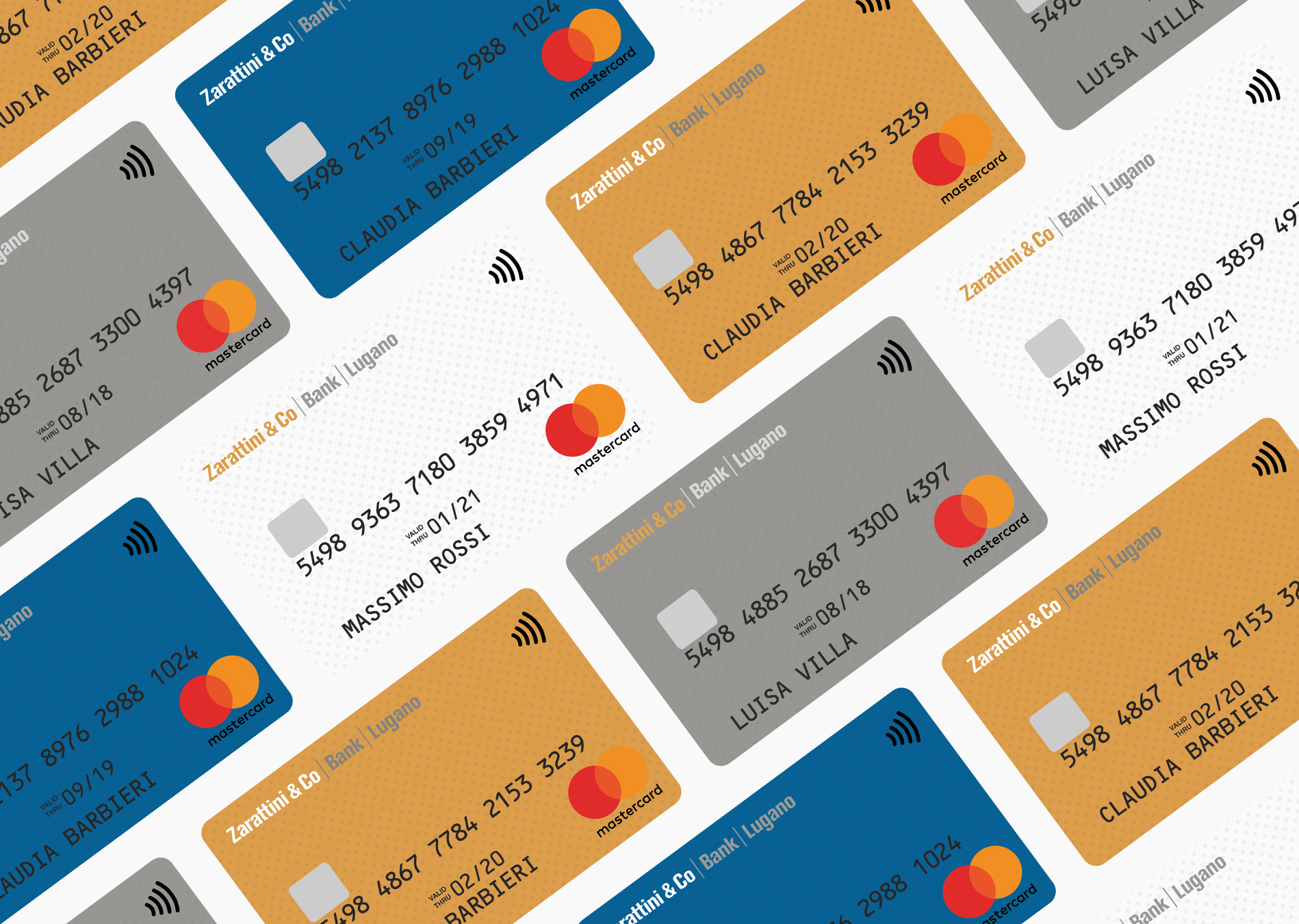 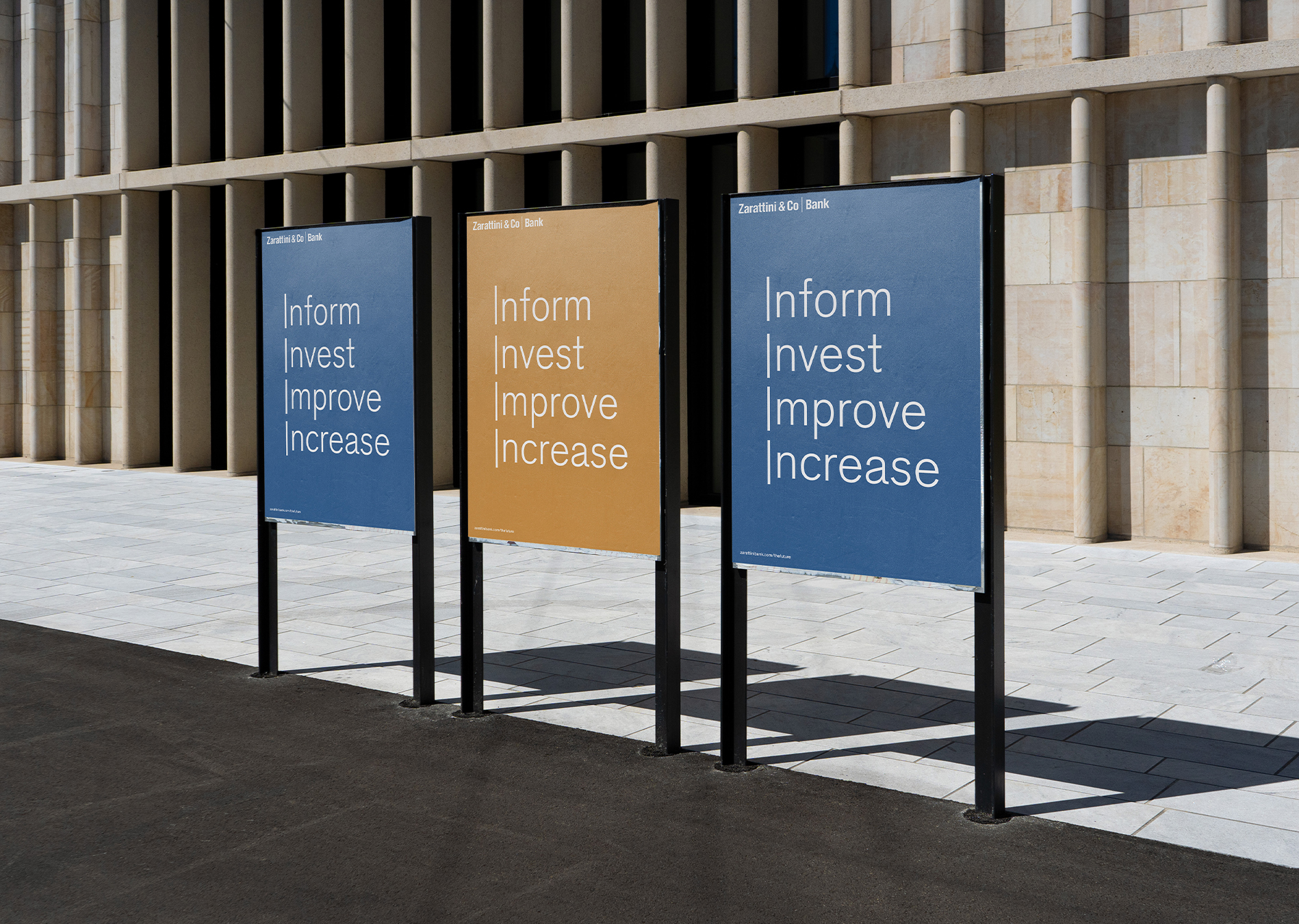 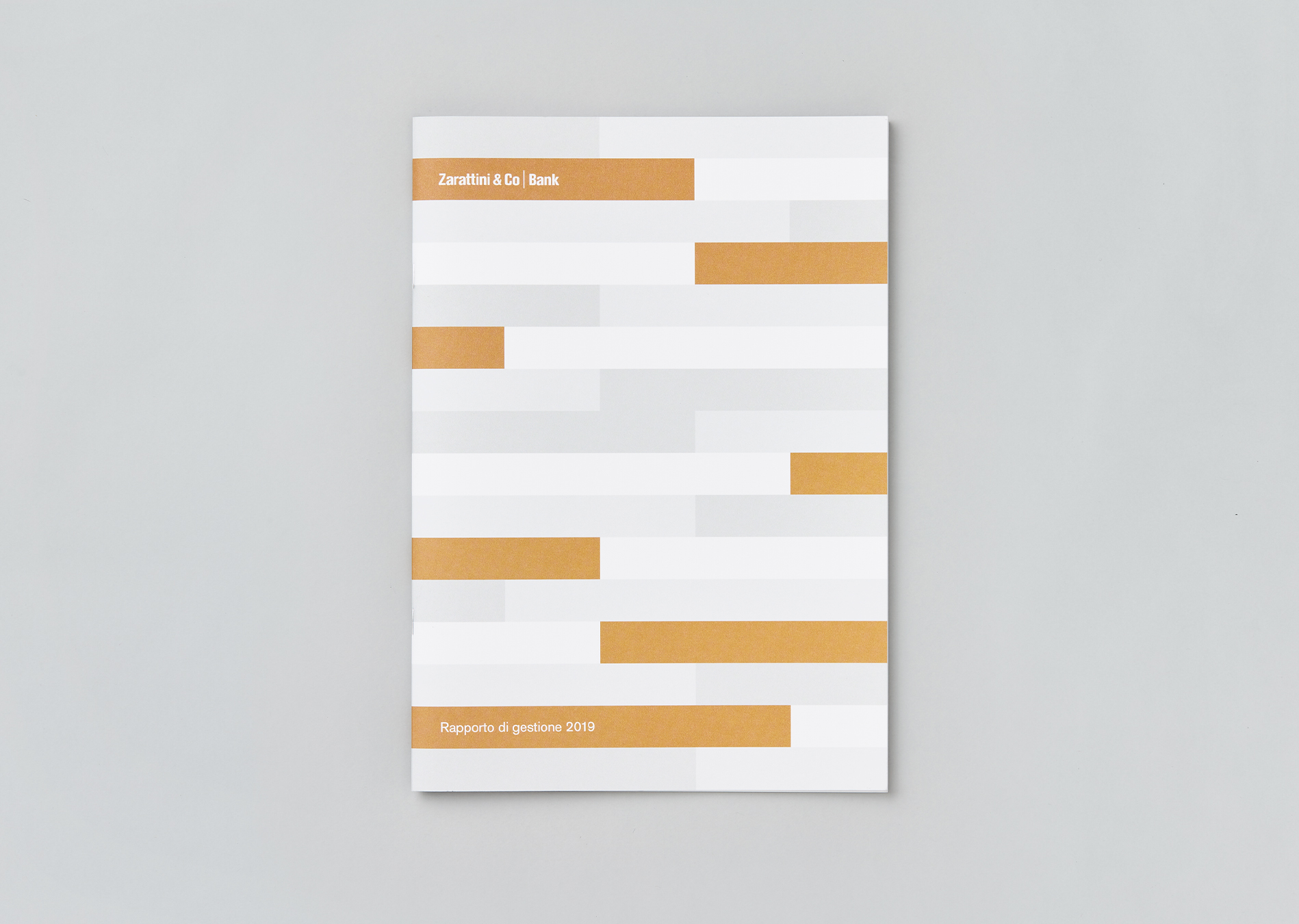 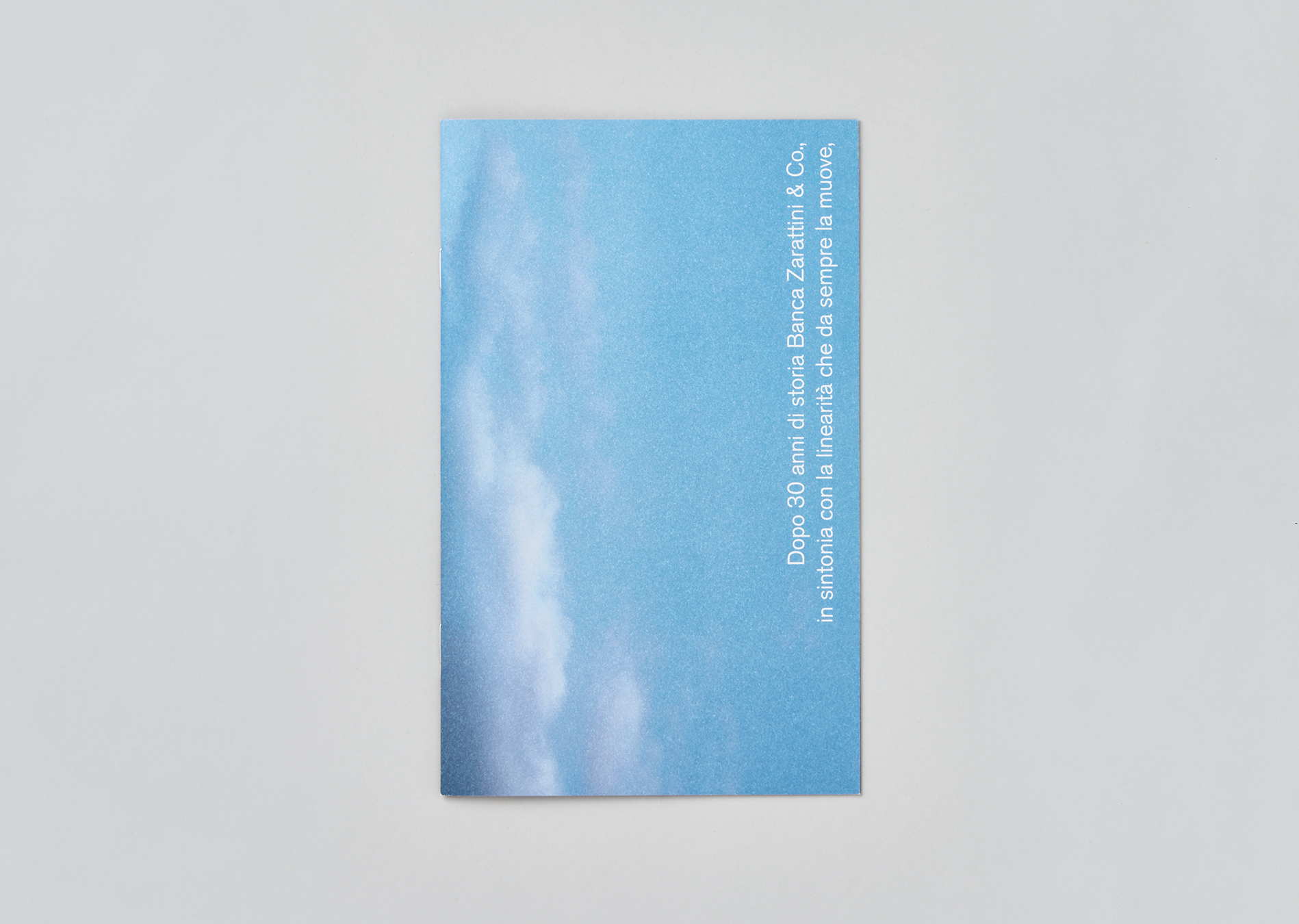 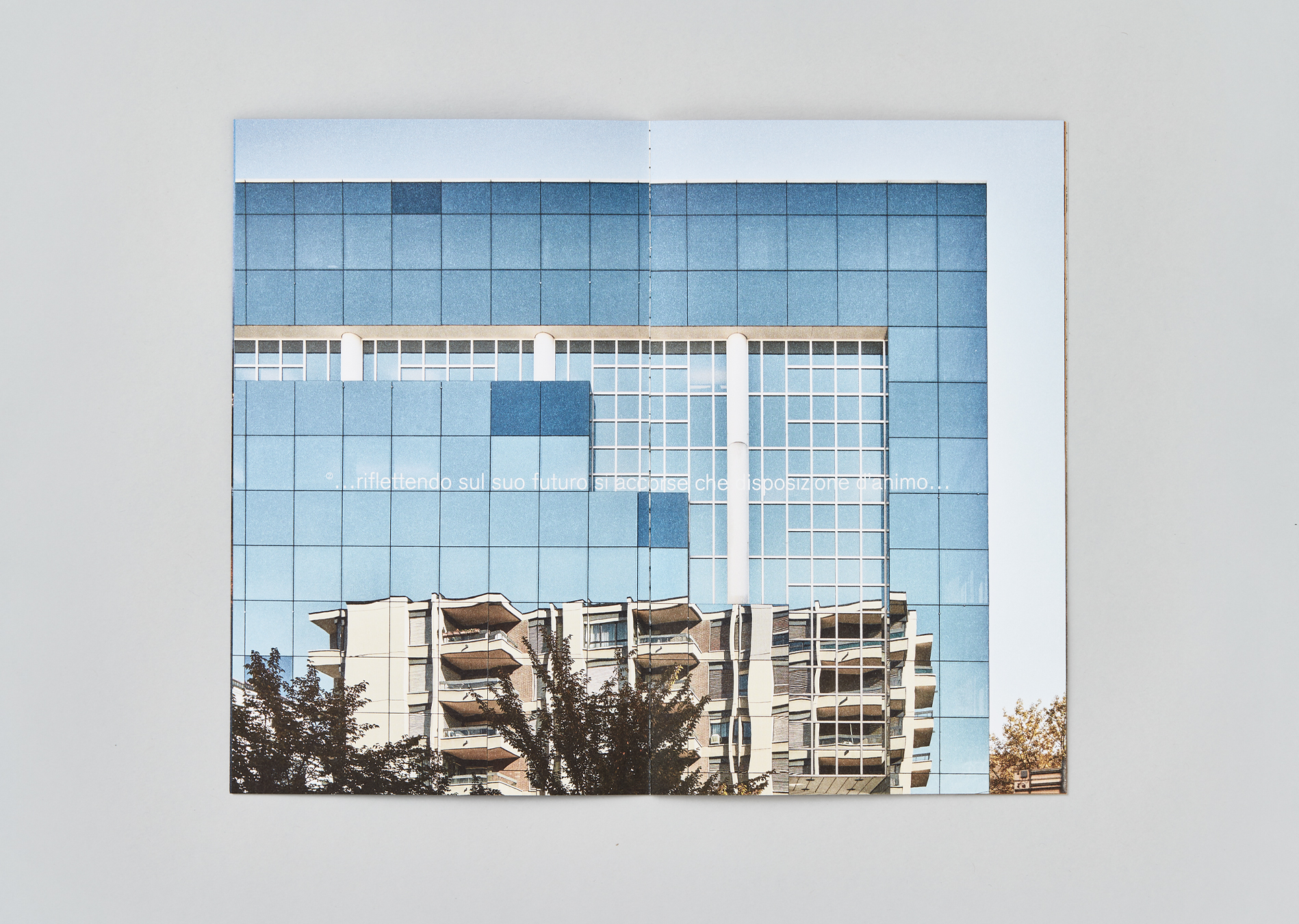 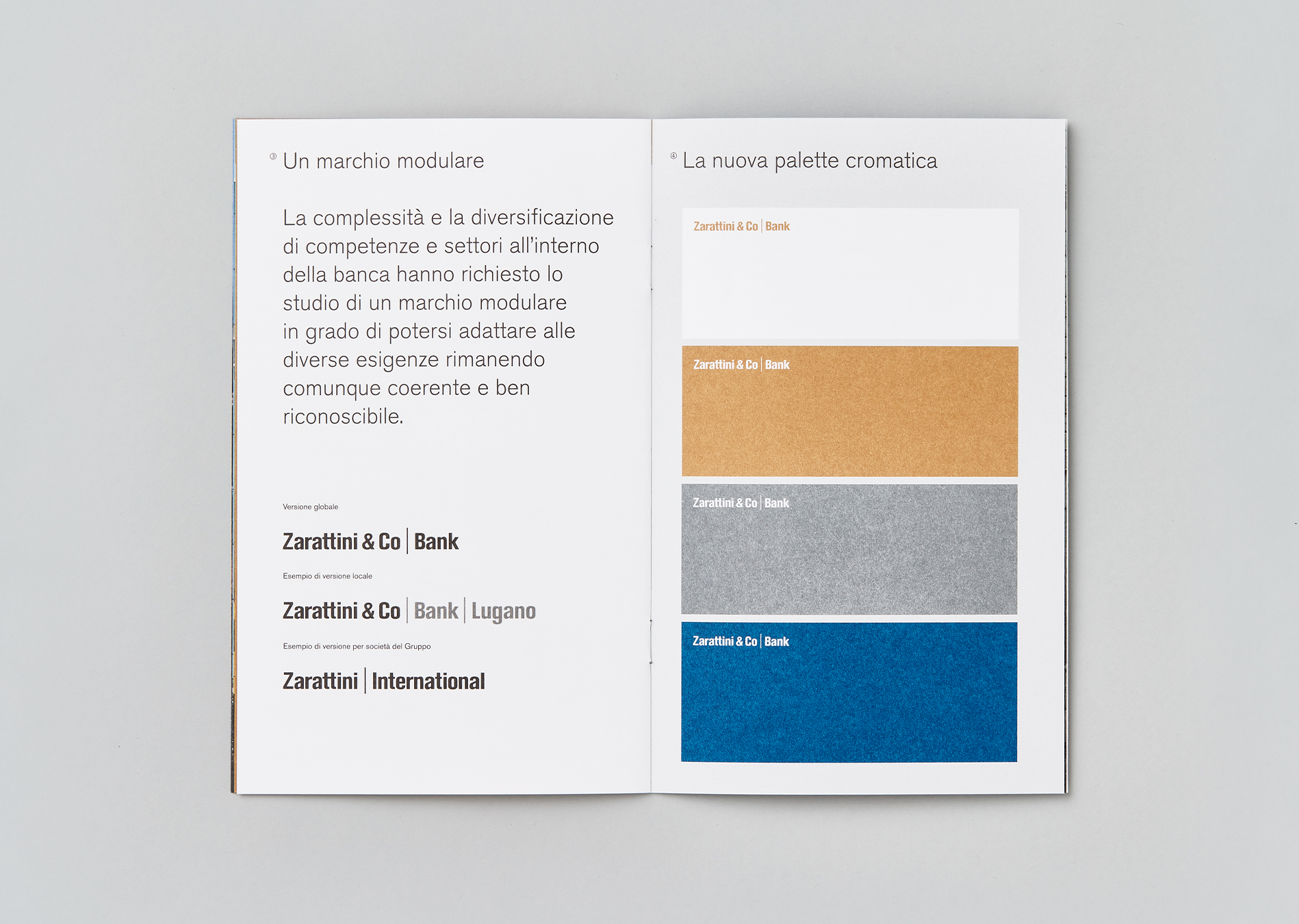 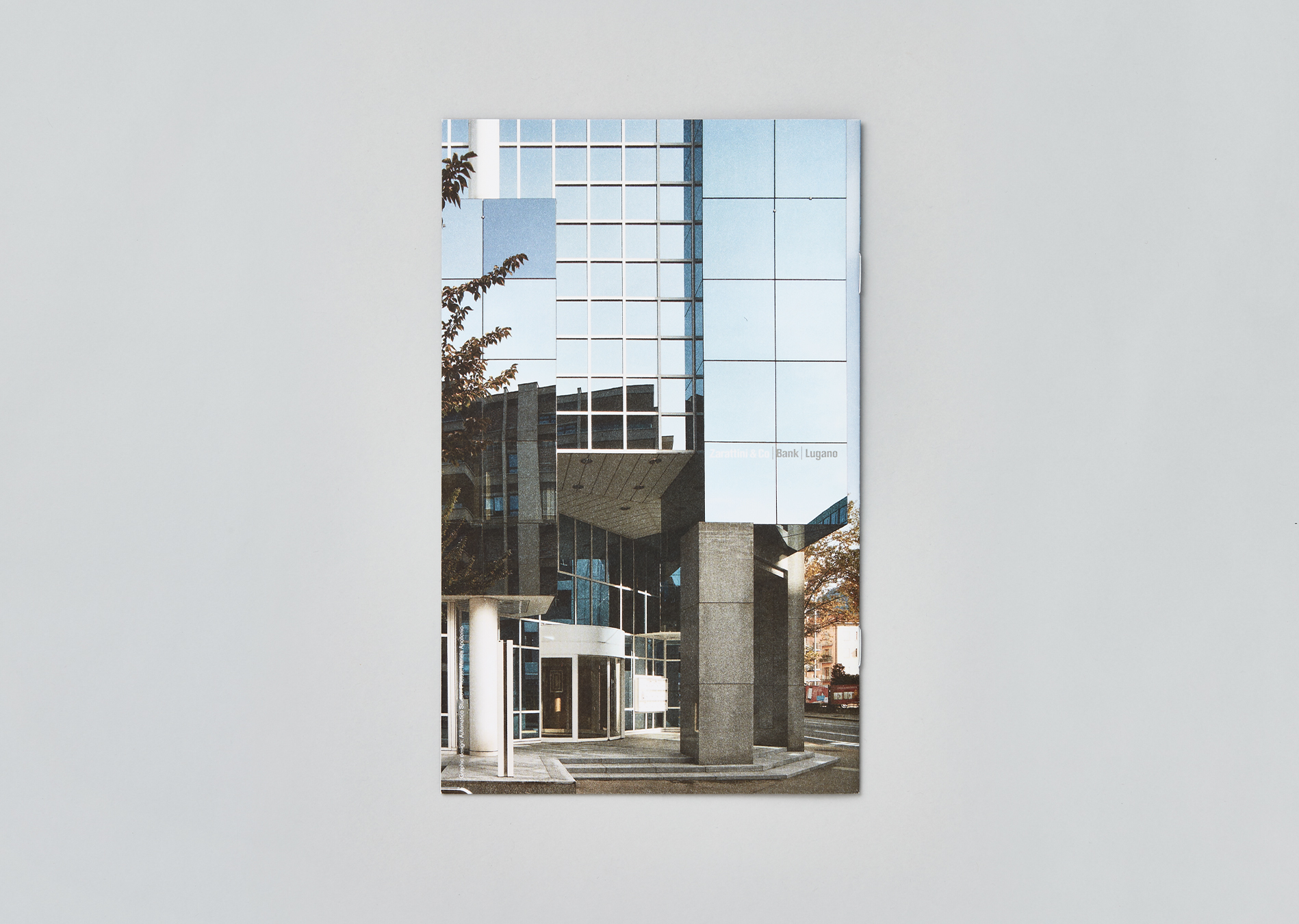 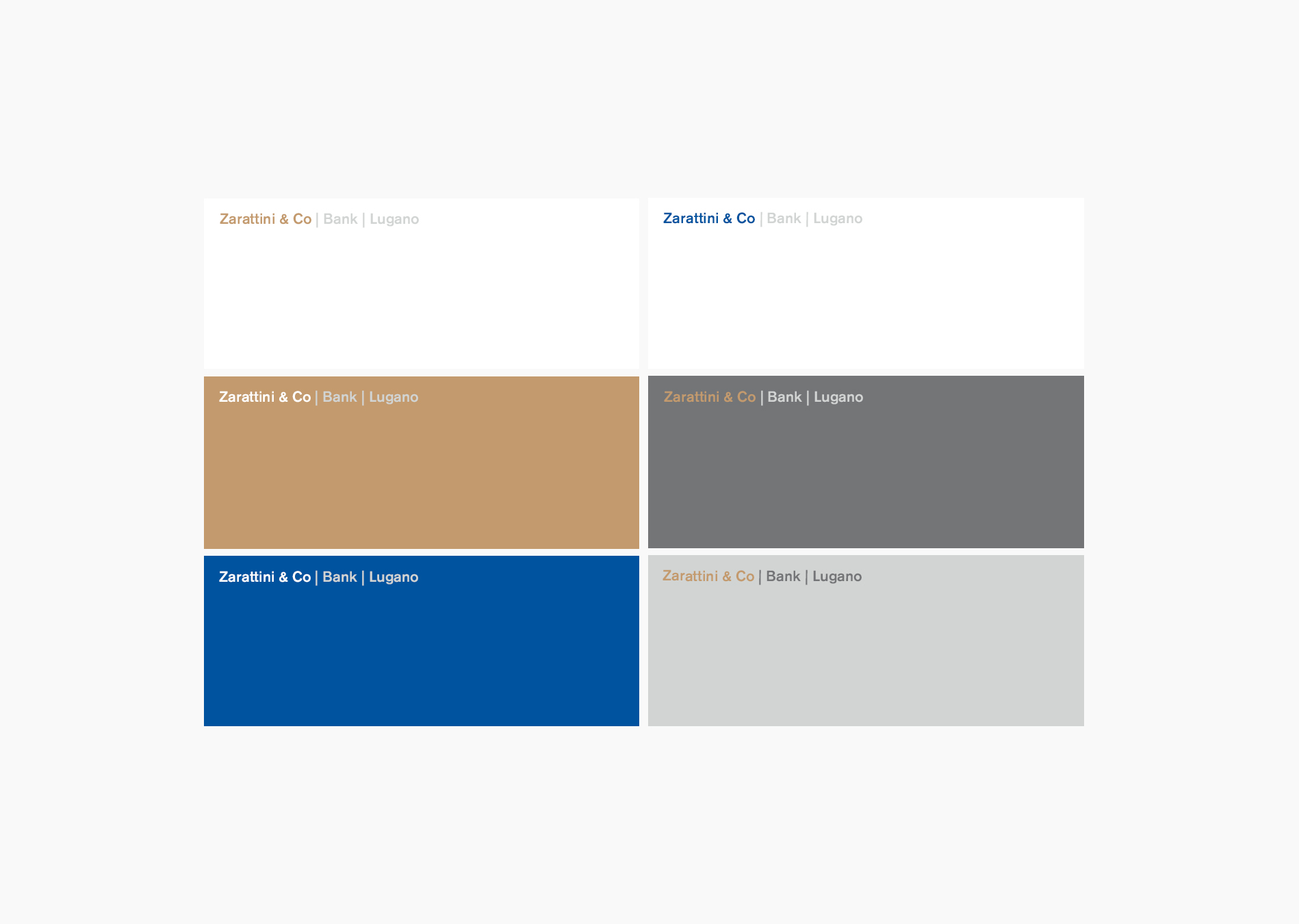 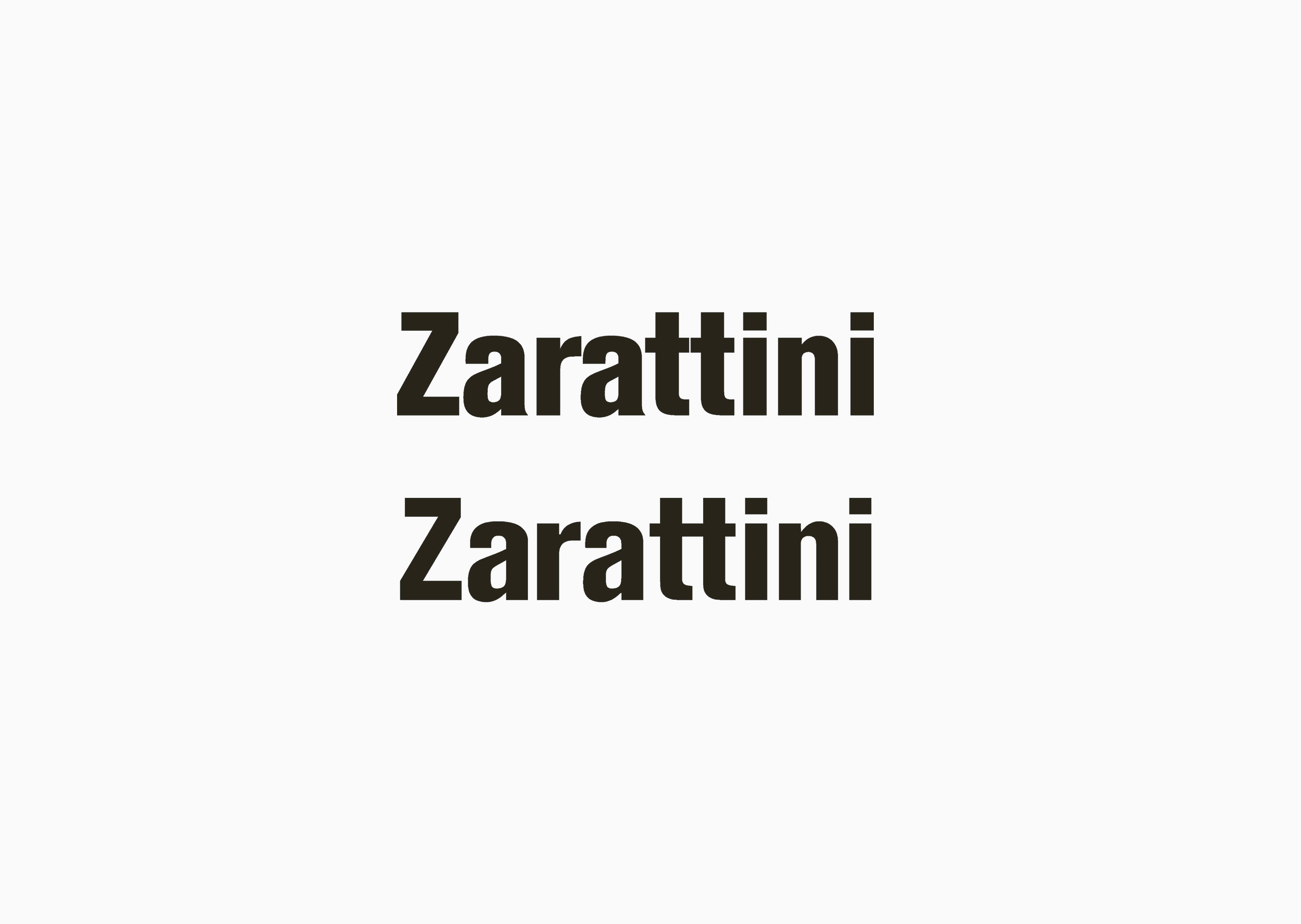 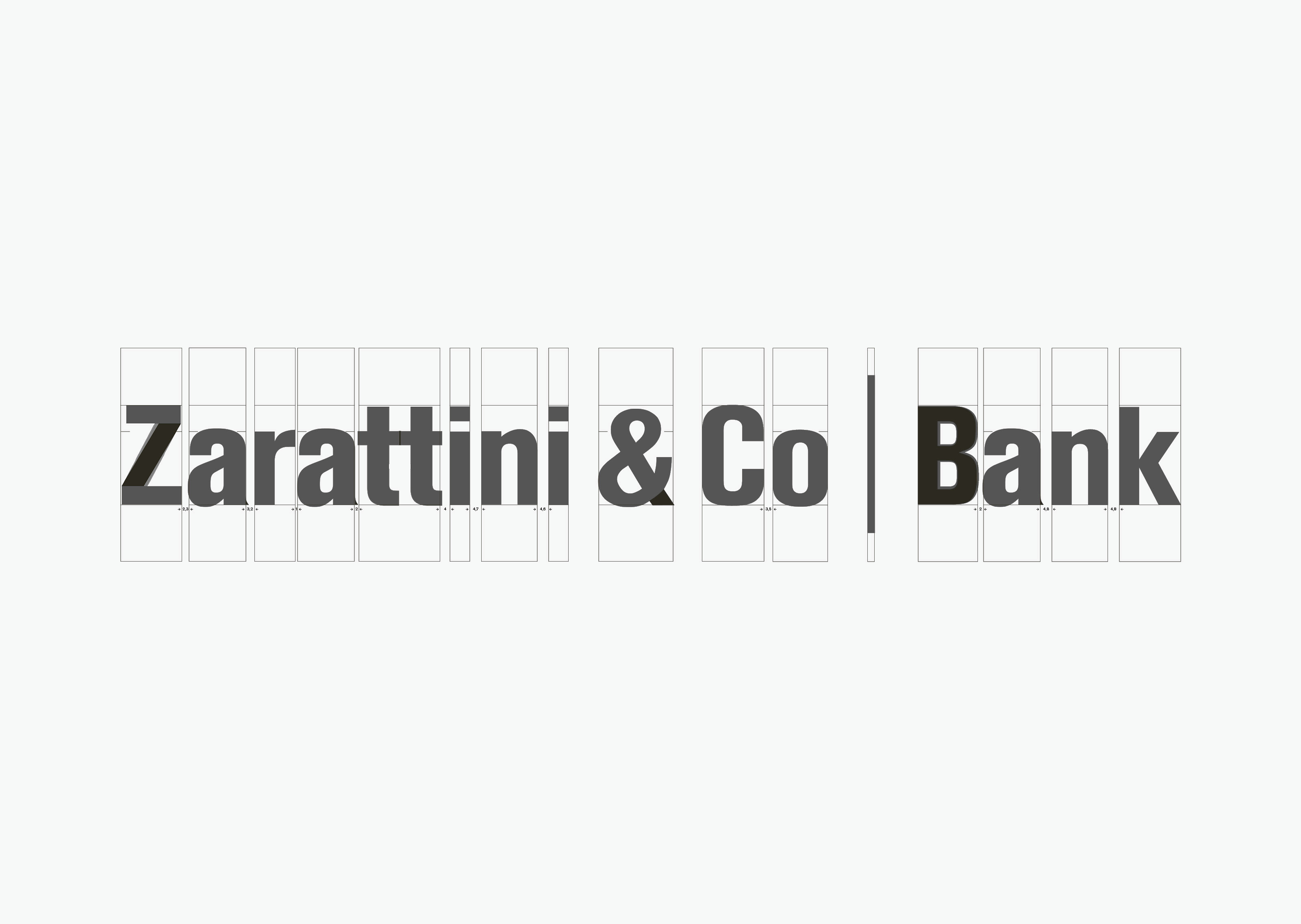 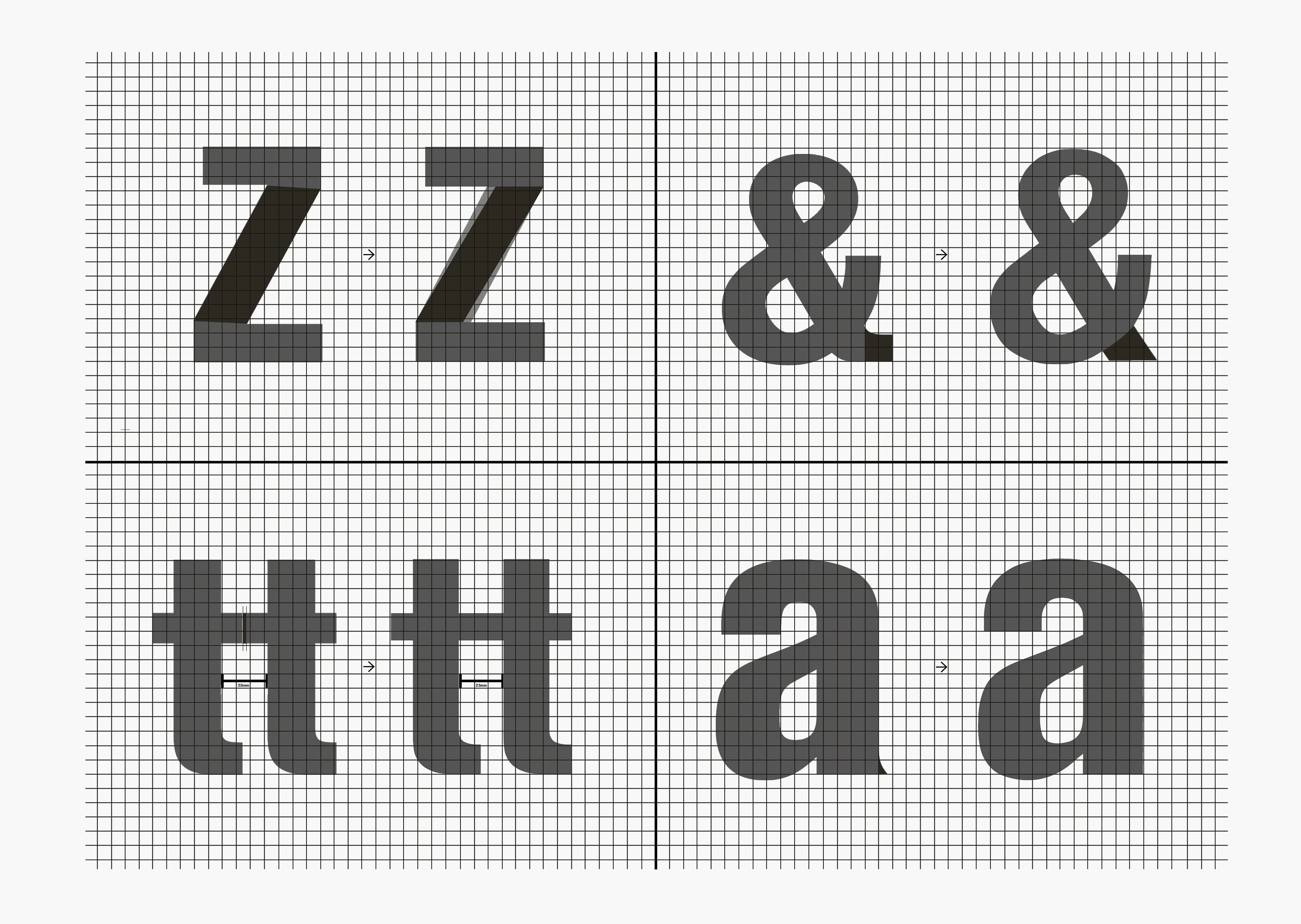 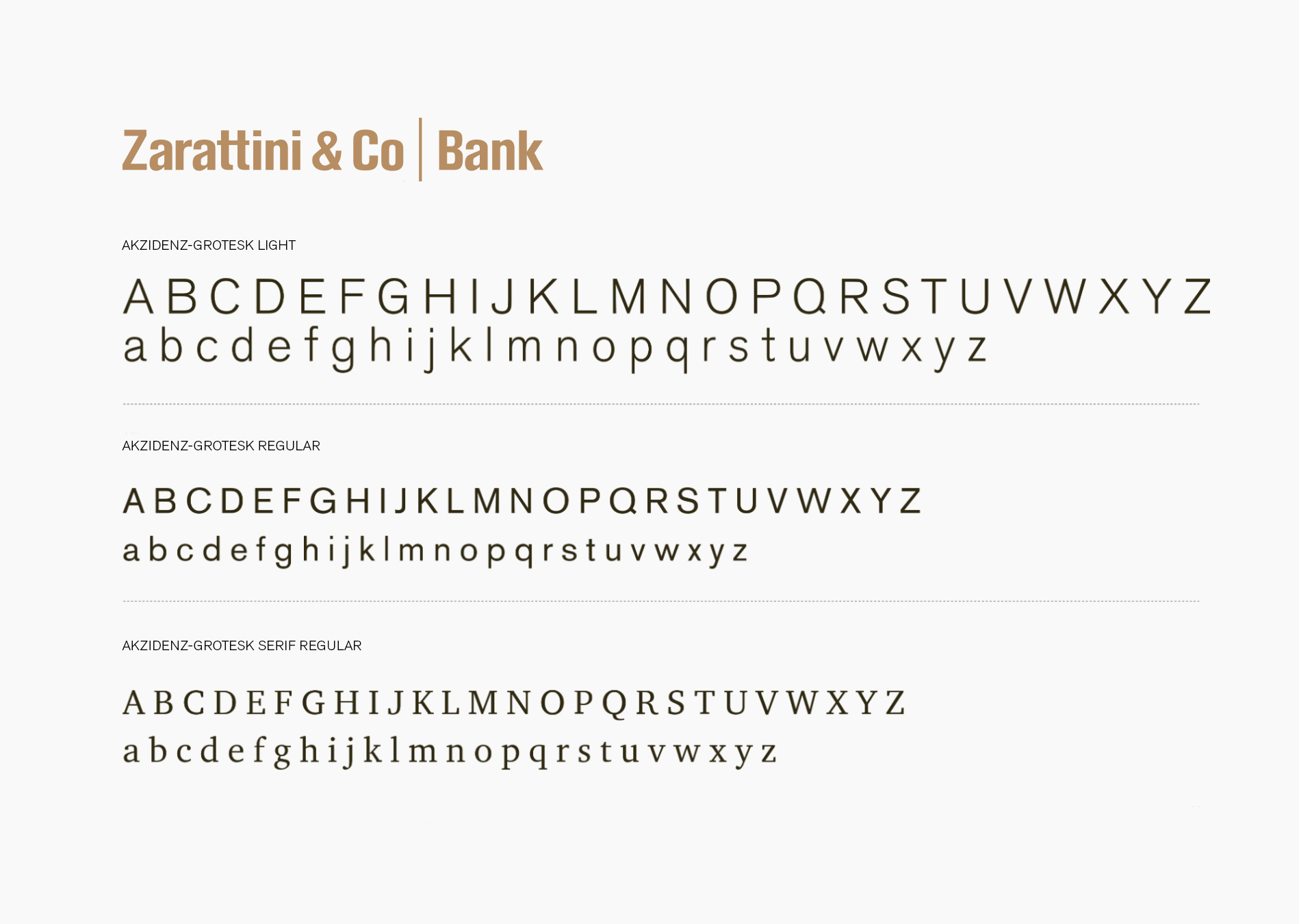